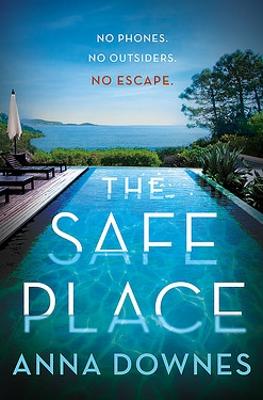 For struggling actress Emily Proudman, life in London is falling apart. So when she is offered a live-in job working for a wealthy family on their luxurious coastal property in France, she jumps at the opportunity to start over. The estate is picture-perfect, and its owners exude charisma and sophistication. But as Emily gets to know the family, their masks begin to slip, and what at first appears to be a dream come true turns out to be a prison from which none of them will ever escape - unless Emily can find a way to set them all free.

Other Editions - The Safe Place by Anna Downes 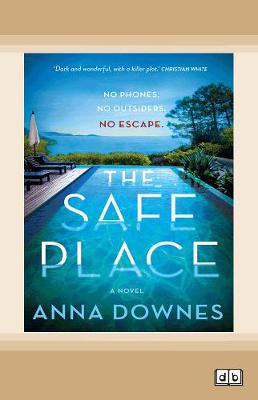 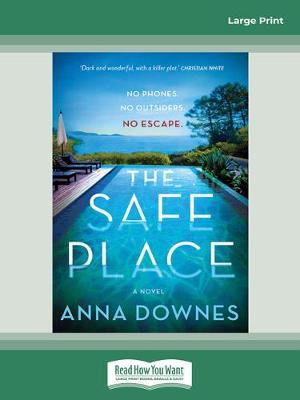 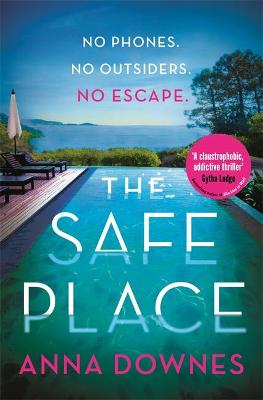 View all editions of The Safe Place by Anna Downes

» Have you read this book? We'd like to know what you think about it - write a review about The Safe Place book by Anna Downes and you'll earn 50c in Boomerang Bucks loyalty dollars (you must be a Boomerang Books Account Holder - it's free to sign up and there are great benefits!)

5 stars The Safe Place is the first novel by Australian actor and author, Anna Downes. Aspiring actress, Emily Proudman seems to have hit rock bottom. She’s jobless, her agent has dropped her, the bank account is almost empty and the landlord has given her four weeks’ notice. She’s burned bridges with her parents and has no friends left in London, so she’s incredulous when her ex-boss offers her a job that looks too good to be true.

But when she is led onto a private plane, chauffeured to a luxurious estate and shown the place that will be her home and work, well, it seems that it is indeed true. So she stops wondering why she was chosen, or if she deserves this, and throws herself wholeheartedly into the job.

Scott Denny gets what he wants. He has always worked hard to achieve, and those who invest with him know he’s ruthless. Life has gone smoothly: a brilliant career, a spectacular corporate palace of his own design, a beautiful wife, a French coastal estate with twin mansions; surely there is nothing else he could wish for? And yet, he’s feeling restless, jittery, agitated, violent.

When he sees Emily, who is clearly naïve, flaky and inattentive, he believes she is just who he needs. Because she is also sweet, quirky, witty, funny, loyal, compassionate and trusting to a fault. She is exactly what the situation requires. He is a master manipulator, and does what is necessary to ensure she accepts his offer.

At Querencia, Emily meets Nina who is beautiful and friendly, and six-year-old Aurelia, who clearly has some problems, but Emily is confident she can win her over. But despite her welcome, there is something off about the whole situation. Scott, occupied with business, is absent, and gradually Emily settles in and dismisses her niggles. It’s much later, when she eventually realises just what is wrong, that she also understands the danger that knowledge puts her in.

Oh boy! If you think you know where this is going, think again. Downes constructs her tale so skilfully that when you work out what’s going on, you see all the little clues that preceded, hinting at the reality. Two-thirds in is the big “aha” moment, and then the tension really ramps up as the story charges to a nail-biting climax.

This clever plotting does not come at the expense of quality prose, of which there is ample: “Gradually, the roads became narrower and the trees became thicker. Then, with no warning at all, Yves swung the car onto a dirt track. Leaves brushed the sides of the car like fingers, and branches reached out to one another overhead, forming a tunnel of green. The bonnet dipped low as the track sloped downhill, giving the impression that they were burrowing deep into the earth”

Nor does is do to judge these characters before all their facets are revealed. The story is mostly carried by alternating narratives from the perspectives of Emily and Scott, with occasional historical interludes from Nina. Both thrilling and thought-provoking, this is a brilliant debut from an author whose next work will be eagerly anticipated. This unbiased review is from an uncorrected proof copy provided by NetGalley and Affirm Press.