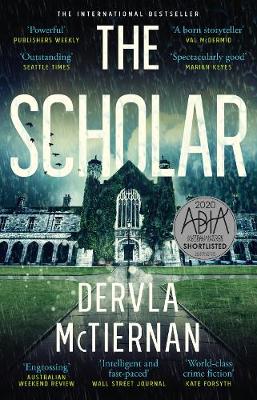 Description - The Scholar by Dervla McTiernan

Being brilliant has never been this dangerous ...

When Dr Emma Sweeney stumbles across the victim of a hit and run outside Galway University late one evening, she calls her partner, Detective Cormac Reilly, bringing him first to the scene of a murder that would otherwise never have been assigned to him. A security card in the dead woman's pocket identifies her as Carline Darcy, a gifted student and heir apparent to Irish pharmaceutical giant Darcy Therapeutics. The multi-billion-dollar company, founded by her grandfather, has a finger in every pie, from sponsoring university research facilities to funding political parties to philanthropy - it has funded Emma's own ground-breaking research. The enquiry into Carline's death promises to be high profile and high pressure.

As Cormac investigates, evidence mounts that the death is linked to a Darcy laboratory and, increasingly, to Emma herself. Cormac is sure she couldn't be involved, but as his running of the case comes under scrutiny from the department and his colleagues, he is forced to question his own objectivity. Could his loyalty to Emma have led him to overlook evidence? Has it made him a liability?

PRAISE FOR THE SCHOLAR

'Atmospheric and beautifully paced, with nuanced characters and a gripping plot - The Scholar has it all.' - Chris Hammer

'This is top-notch crime writing - fast, clever, surprising, and psychologically acute. I can only wish Dervla could write as fast as I can read!' - Kate Forsyth

'The Scholar is a gripping follow-up to McTiernan's debut crime novel The Ruin, featuring the enigmatic DS Cormac Reilly ... The Scholar is a tightly plotted, fast-paced read with enough twists to keep you guessing right to the end.' - Better Homes & Gardens

'Another thrilling tale that delivers on all the promise of McTiernan's debut - not to be missed.' - Readings Monthly

Other Editions - The Scholar by Dervla McTiernan 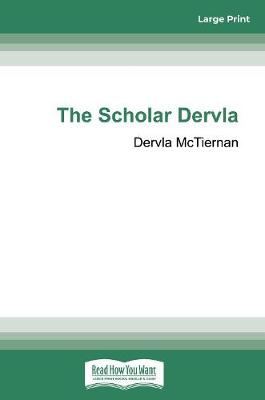 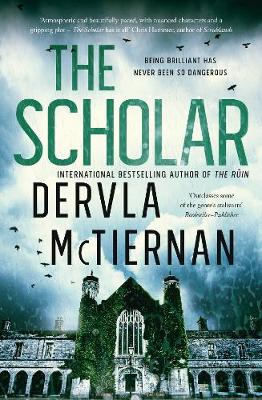 » Have you read this book? We'd like to know what you think about it - write a review about The Scholar book by Dervla McTiernan and you'll earn 50c in Boomerang Bucks loyalty dollars (you must be a Boomerang Books Account Holder - it's free to sign up and there are great benefits!)

5 stars The Scholar is the second novel in the Cormac Reilly series by Irish-born Australian author, Dervla McTiernan. After a year of being stuck with cold case reviews, Detective Inspector Cormac Reilly is pleased to finally be assigned some active cases. But before he can get started on them, his girlfriend, Dr Emma Sweeney stumbles on a dead body near her university lab.

It’s clearly a hit-and-run, and from the hair and clothing, looks like Carline Darcy, the granddaughter of the founder of multinational pharmaceutical giant Darcy Therapeutics, John Darcy. It’s their labs from which Emma does her research. Emma immediately rings Cormac, who takes on the case, partly to protect Emma from adverse fallout.

While Detective Sergeant Carrie O’Halloran is happy to be relieved of some of her caseload, given Cormac’s relationship with Emma, she wonders if he is the appropriate man for the hit-and-run case. Given what she has previously been through, Cormac is concerned about the possible psychological effects on Emma of being interrogated. He would like to keep her at a remove from it all because he’s not at all convinced that a certain party is as innocent as she claims to be.

His superintendent makes it clear to Cormac that not upsetting John Darcy is a priority and, once again, it seems that some at Mill Street Garda Station have agendas to which Cormac is not privy, including politicking by his boss, and at least one member of his team set on undermining him.

Once again, McTiernan gives the reader a tightly plotted tale with twists and red herrings that will surprise even the most astute reader just when they think they have it all sussed out. It features drug development research, university exam fraud, large sums of money, domestic abuse, a dangerous husband, and two singular fifteen-year-old boys who act on their concerns for beloved siblings. There is some character development in this instalment and the horror that lies in Emma’s past is revealed. Another excellent dose of Irish crime fiction that will have fans eagerly anticipating The Good Turn.