'It was the garden that did it - and Mary and Dickon and the creatures - and the Magic.'An orphaned girl, a grim moorland manor with hundreds of empty rooms, strange cries in the night, a walled garden, with its door locked and the key buried - and a boy who talks to animals. These are the ingredients of one of the most famous and well-loved of children's classics. Through her discovery of the secret garden, Mary Lennox is
gradually transformed from a spoilt and unhappy child into a healthy, unselfish girl who in turn redeems her neglected cousin and his gloomy, Byronic father. Frances Hodgson Burnett's inspiring story of regeneration
and salvation gently subverted the conventions of a century of romantic and gothic fiction for girls.After a hundred years, The Secret Garden's critique of empire and of attitudes to childhood and gender, and its advocacy of a holistic approach to health remains remarkably contemporary and relevant. 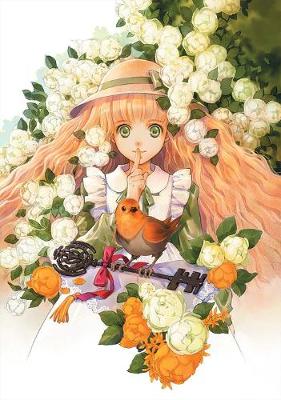 » Have you read this book? We'd like to know what you think about it - write a review about The Secret Garden book by Frances Hodgson Burnett and you'll earn 50c in Boomerang Bucks loyalty dollars (you must be a Boomerang Books Account Holder - it's free to sign up and there are great benefits!)


A Preview for this title is currently not available.
More Books By Frances Hodgson Burnett
View All