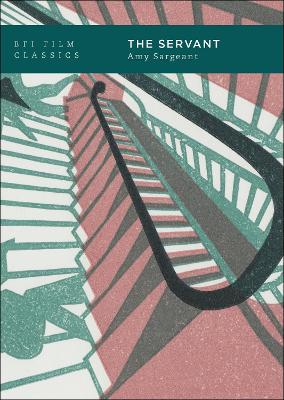 Description - The Servant by Amy Sargeant

Amy Sargeant's compelling and meticulous study of Joseph Losey's The Servant (1963) sets the film in the context of a long tradition of fictional depictions of the master-servant relationship, from Shakespeare to Cervantes, Henry James, Dorothy L. Sayers and P.G. Wodehouse. Sargeant points out that while many of these relationships are played for comic effect, that of the 'young master' Tony (James Fox) and his manservant Barrett (Dirk Bogarde) unfolds in a far more sinister manner, with Barrett coming to dominate and humiliate the hapless Tony.

Sargeant's reading pays particular attention to the contribution not only of Losey and Harold Pinter, who adapted the screenplay from Robin Maugham's novella, but also of the cinematographer Douglas Slocombe, designer Richard Macdonald and costume designer Beatrice 'Bumble' Dawson. She analyses the performances of Sarah Miles as Barrett's lover Vera and Wendy Craig as Tony's fiancee Susan, as well as those of Fox and Bogarde, and gives careful consideration to how the film uses architectural form, interior design and decoration, and clothing to establish character and relationships. In the context of the collapse of the British Empire, and a beleaguered Establishment beset by spy and sex scandals, the film can be read, Sargeant argues, as a metaphor for the 'state of the nation' in the early 1960s.

Finally, Sargeant considers the film's critical and commercial reception in Britain, Europe and the United States - its release, how it was received as one of a number of 'emigre' films, and Losey's surprising denial of a homoerotic intent in the Tony-Barrett relationship.

In her new foreword to this edition, Amy Sargeant considers contemporary resonances of the film's depiction of a twisted master-servant relationship in recent TV and cinema including The Crown, Downton Abbey and The Trial of Christine Keeler.

Other Editions - The Servant by Amy Sargeant 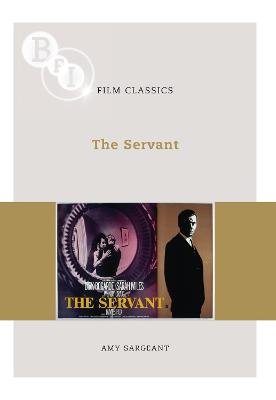 » Have you read this book? We'd like to know what you think about it - write a review about The Servant book by Amy Sargeant and you'll earn 50c in Boomerang Bucks loyalty dollars (you must be a Boomerang Books Account Holder - it's free to sign up and there are great benefits!)


A Preview for this title is currently not available.
More Books By Amy Sargeant
View All