The Sinister Mystery of the Mesmerizing Girl

Description - The Sinister Mystery of the Mesmerizing Girl by Theodora Goss

Mary Jekyll and the Athena Club foil a plot to unseat the Queen and race to save one of their own in this electrifying conclusion to the Locus Award winning trilogy that began with The Strange Case of the Alchemist's Daughter.

Life's always an adventure for the Athena Club...especially when one of their own has been kidnapped! After their thrilling European escapades rescuing Lucina van Helsing, Mary Jekyll, and her friends return home to discover that their friend and kitchen maid Alice has vanished-and so has their friend and employer Sherlock Holmes!

As they race to find Alice and bring her home safely, they discover that Alice and Sherlock's kidnapping are only one small part of a plot that threatens Queen Victoria, and the very future of the British Empire. Can Mary, Diana, Beatrice, Catherine, and Justine save their friends-and the Empire?

In the final volume of the trilogy that Publishers Weekly called "a tour de force of reclaiming the narrative, executed with impressive wit and insight" in a starred review, the women of the Athena Club will embrace their monstrous pasts to create their own destinies. 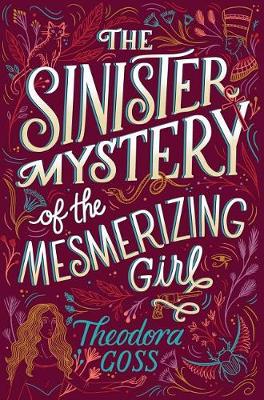 » Have you read this book? We'd like to know what you think about it - write a review about The Sinister Mystery of the Mesmerizing Girl book by Theodora Goss and you'll earn 50c in Boomerang Bucks loyalty dollars (you must be a Boomerang Books Account Holder - it's free to sign up and there are great benefits!)


A Preview for this title is currently not available.
More Books By Theodora Goss
View All