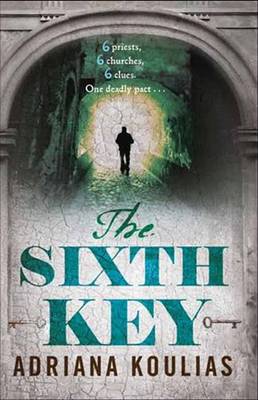 "A brain-teasing conspiracy thriller and an action-packed ride through the centuries."

"A brain-teasing conspiracy thriller and an action-packed ride through the centuries. In late 2012 a cryptic invitation leads a crime novelist to Venice's Island of the Dead. Once there he is captivated by his host's tale, which spans the centuries - but seemingly begins and ends in the dark days of the 1930s . . . In 1936, a similarly cryptic invitation brings Grail historian Otto Rahn to an apartment in Berlin. Waiting for him inside is Hitler's right-hand man, Heinrich Himmler, and Rahn's life is turned upside down. For Himmler wants Rahn to locate Les Serpent Rouge, a notorious book of black magic written by Pope Honorius in the 14th century. Following a trail from Paris down to Carcassone in the South of France, Rahn discovers a web of deceit and murder. Clearly Himmler is not the only powerful figure in search of the grimoire. A shadowy circle of men are watching Rahn's every move, and they will stop at nothing to possess both the book and the legendary Sixth Key that will unlock its terrifying power . . . "

» Have you read this book? We'd like to know what you think about it - write a review about The Sixth Key book by Adriana Koulias and you'll earn 50c in Boomerang Bucks loyalty dollars (you must be a Boomerang Books Account Holder - it's free to sign up and there are great benefits!)


A Preview for this title is currently not available.
More Books By Adriana Koulias
View All