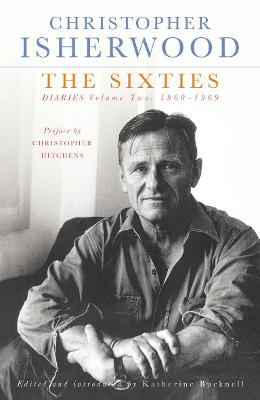 Description - The The Sixties by Christopher Isherwood

A great writer nails the sixties, from California to swinging London, in his fearless, insightful diaries - with a preface by Christopher Hitchens.

This second volume of Christopher Isherwood's remarkable diaries opens on his fifty-sixth birthday as the fifties give way to the decade of social and sexual revolution. Isherwood takes the reader from the bohemian sunshine of Southern California to a London finally swinging free of post-war gloom, to the racy cosmopolitanism of New York, and the raw Australian outback.

The diaries are crammed with wicked gossip and probing psychological insights about the cultural icons of the time - Francis Bacon, Richard Burton, David Hockney, Mick Jagger, W. Somerset Maugham and many others. They are most revealing about Isherwood himself - his fiction, his film writing, his college teaching, and his affairs of the heart.

In the background run references to the political and historical events of the period such as the anxieties of the Cold War, the moon landing and the Vietnam war. In The Sixties Isherwood turns his fearless eye on the decade which more than any other has shaped the way we live now.

Other Editions - The The Sixties by Christopher Isherwood 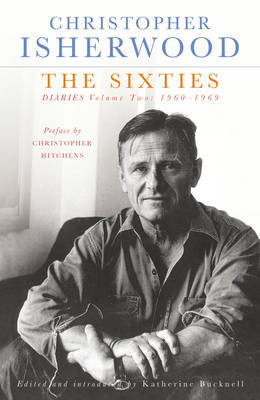 Book Reviews - The The Sixties by Christopher Isherwood

» Have you read this book? We'd like to know what you think about it - write a review about The Sixties book by Christopher Isherwood and you'll earn 50c in Boomerang Bucks loyalty dollars (you must be a Boomerang Books Account Holder - it's free to sign up and there are great benefits!)

Christopher Isherwood (1904-1986) was one of the most celebrated writers of his generation. He left Cambridge without graduating, briefly studied medicine and then turned to writing his first novels, All the Conspirators and The Memorial. He spent four years in Berlin writing Mr Norris Changes Trains and Goodbye to Berlin on which the musical Cabaret was based, and then in 1939 he moved to America. He became a US citizen in 1946, where he wrote another five novels including A Single Man, a travel book and a biography of the Indian mystic Ramakrishna. In the 1960s and '70s he turned to autobiographical works- Kathleen and Frank, Christopher and His Kind and October, one month of his diary with drawings by Don Bachardy.