Alive with human detail and acute political judgement, this book marks the arrival of a formidably gifted historian.' - Dan Jones, author of The Plantagenets and The Templars

It was around half-past eight in the morning, with summer rainclouds weighing heavy in the sky, that Simon de Montfort decided to die. It was 4 August 1265 and he was about to face the royal army in the final battle of a quarrel that had raged between them for years. Outnumbered, outmanoeuvred and certain to lose, Simon chose to fight, knowing that he could not possibly win the day.

The Song of Simon de Montfort is the story of this extraordinary man: heir to a great warrior, devoted husband and father, fearless crusader knight and charismatic leader. It is the story of a man whose passion for good governance was so fierce that, in 1258, frustrated by the King's refusal to take the advice of his nobles and the increasing injustice meted out to his subjects, he marched on Henry III's hall at Westminster and seized the reins of power.

Montfort established a council to rule in the King's name, overturning the social order in a way that would not be seen again until the rule of Oliver Cromwell in the seventeenth century. Having defeated the King at the Battle of Lewes in 1264, Montfort and his revolutionary council ruled England for some fifteen months, until the enmity between the two sides exploded on that August day in 1265. When the fighting was over, Montfort and a host of his followers had been cut down on the battlefield, in an outpouring of noble blood that marked the end of chivalry in England as it had existed since the Norman Conquest.

Drawing on an abundance of sources that allow us to trace Montfort's actions and personality in a depth not possible for earlier periods in medieval history, Sophie Therese Ambler tells his story with a clarity that reveals all of the excitement, chaos and human tragedy of England's first revolution. 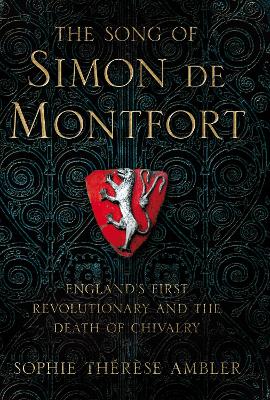 » Have you read this book? We'd like to know what you think about it - write a review about The Song of Simon de Montfort: England's First Revolutionary book by Sophie Therese Ambler and you'll earn 50c in Boomerang Bucks loyalty dollars (you must be a Boomerang Books Account Holder - it's free to sign up and there are great benefits!)