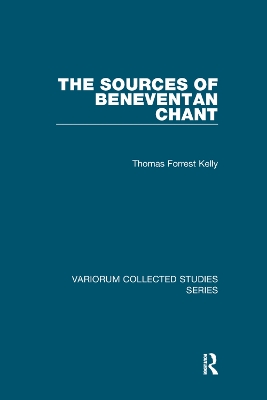 The Sources of Beneventan Chant

Description - The Sources of Beneventan Chant by Thomas Forrest Kelly

The area whose capital was the southern Lombard city of Benevento developed a culture identified with the characteristic form of writing known as the Beneventan script, which was used throughout the area and was brought to perfection at the abbey of Montecassino in the late eleventh century. This repertory, along with other now-vanished or suppressed local varieties of music, give a far richer picture of the variety of musical practice in early medieval Europe than was formerly available. Thomas Forrest Kelly has identified and collected the surviving sources of an important repertory of early medieval music; this is the so-called Beneventan Chant, used in southern Italy in the early middle ages, before the adoption there of the now-universal music known as Gregorian chant. Because it was deliberately suppressed in the course of the eleventh century, this music survives mostly in fragments and palimpsests, and the fascinating process of restoring the repertory piece by piece is told in the studies in this book. A companion volume to this collection also by Professor Kelly details the practice of Medieval music.

Other Editions - The Sources of Beneventan Chant by Thomas Forrest Kelly 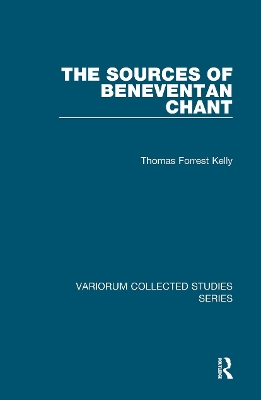 » Have you read this book? We'd like to know what you think about it - write a review about The Sources of Beneventan Chant book by Thomas Forrest Kelly and you'll earn 50c in Boomerang Bucks loyalty dollars (you must be a Boomerang Books Account Holder - it's free to sign up and there are great benefits!)


A Preview for this title is currently not available.
More Books By Thomas Forrest Kelly
View All

The Role of the Scroll: An Illustrated Introduction to Scrolls in the Middle Ages
$48.95 $49.95

Century of Bach and Mozart - Perspectives on Historiography, Composition, Theory and Performance
$59.36 $65.95