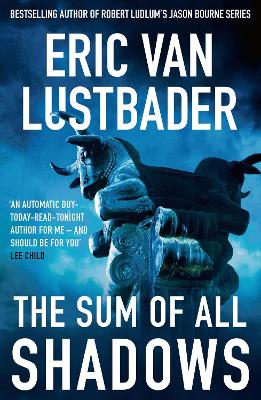 The Sum of All Shadows

Description - The Sum of All Shadows by Eric Van Lustbader

At long last, Lucifer is ready to enact his ultimate revenge against Heaven. To do that, he must first annihilate the world and its inhabitants. Standing in his way is one extraordinary family: the Shaws. The dramatic finale of the Testament series.

THE FINAL BATTLE IS HERE.

For millennia, Lucifer - the Sum of All Shadows - has been rebuilding his influence. At long last, he is ready to enact his ultimate revenge against Heaven. To do that, he must first annihilate the world and its inhabitants.

But one extraordinary family stands in his way. To save the world, Bravo and Emma Shaw have recovered the lost Testament, battled across continents, and fought adversaries both powerful and terrifying. But nothing that has come before can prepare them for the final battle. As predicted centuries ago, the End Times have arrived. Lucifer, heading an infernal army, means to destroy the Shaws once and for all. Now, racing to find the lost treasure of King Solomon's alchemical gold, Bravo and Emma must put their trust in strangers in strange lands.

But even if they are successful, their lives may still be forfeit...

Other Editions - The Sum of All Shadows by Eric Van Lustbader 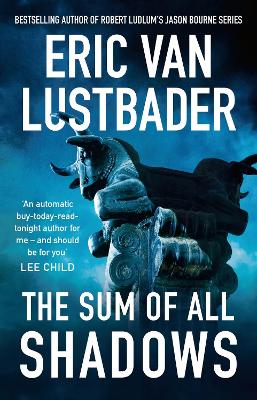 Book Reviews - The Sum of All Shadows by Eric Van Lustbader

» Have you read this book? We'd like to know what you think about it - write a review about The Sum of All Shadows book by Eric Van Lustbader and you'll earn 50c in Boomerang Bucks loyalty dollars (you must be a Boomerang Books Account Holder - it's free to sign up and there are great benefits!)


A Preview for this title is currently not available.
More Books By Eric Van Lustbader
View All