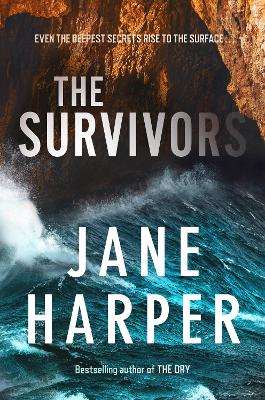 Description - The Survivors by Jane Harper

The compelling new novel from Jane Harper, the New York Times bestselling author of The Dry.

The guilt that still haunts him resurfaces during a visit with his young family to the small coastal community he once called home.

Kieran's parents are struggling in a town where fortunes are forged by the sea. Between them all is his absent brother, Finn.

When a body is discovered on the beach, long-held secrets threaten to emerge. A sunken wreck, a missing girl, and questions that have never washed away...

PRAISE FOR THE SURVIVORS

'It's now clear Harper has a gift...every book has a distinct landscape that plays a central part in the plot made possible by her uncanny knack of bringing scenery to life' Daily Telegraph

'Clever with beautifully articulated portrayals of people and place' vogue.com.au

'Jane Harper creates an impressive landscape that serves to illustrate how the experience of place inevitably shapes the lives of those who live there. You may find it hard to leave behind.' Sydney Morning Herald

'With consummate skill, Harper steadily builds the suspense to an unexpected climax, while also taking a sharp-eyed look at the intricacies of small communities and the enduring toll of guilt. Highly recommended.' Canberra Weekly

'An intriguing mystery, but a deeper layer is added by the well-drawn characters and their relationships...a new Harper book is a treat and this is another cracking read.' Good Reading

Other Editions - The Survivors by Jane Harper 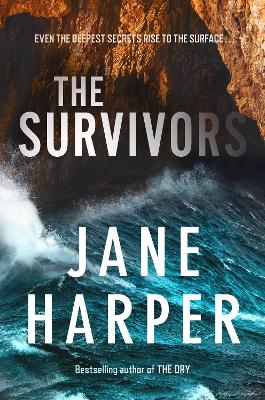 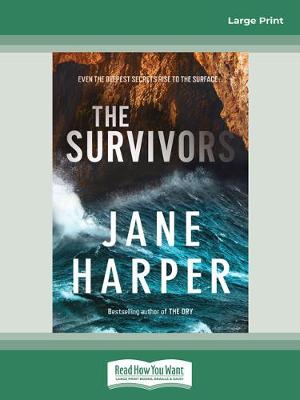 » Have you read this book? We'd like to know what you think about it - write a review about The Survivors book by Jane Harper and you'll earn 50c in Boomerang Bucks loyalty dollars (you must be a Boomerang Books Account Holder - it's free to sign up and there are great benefits!)

Readers have come to associate Harper with complex character-based mysteries set in strongly evocative and quintessentially Australian settings. In The Survivors, the action takes place in a (fictional) small coastal town in Tasmania. Kieran Elliott, his wife Mia and baby daughter Audrey have travelled to their home town, to assist his mother to pack up the family home prior to sale. The next morning a young local woman is found murdered at the town beach. Could there be a connection between this recent violent death events that occurred during a wild storm twelve years earlier, when Kieran’s brother and another man were killed at sea and a local girl went missing? Readers of Harper's previous novels will notice a certain correlation of themes with her earlier work - a central character who is (somewhat unfairly) treated as a pariah in a small community, the concept that old sins cast long shadows and the widely varying but universally unforgiving Australian climate. Harper also explores themes of parent-child relationships, grief, anger and guilt. As always, her characters are three-dimensional and their interrelationships complex and evolving. The narrative is well-paced, languid at first, reflecting the pace of the small-town coastal setting, then gathering pace as both the police and Kieran hone in on the truth. Harper skilfully uses red herrings and misdirection to leave the reader guessing, right up to the dramatic conclusion. The setting of the fictional Evelyn Bay is well-imagined by the author, and brought to my mind several settlements around Tasmania's coastline. I was interested to read that the author had spent some time at Eaglehawk Neck, researching cold-water diving for the book. The Survivors is another strong addition by Jane Harper to the wonderful Australian crime genre. Highly recommended. My thanks to Jane Harper, Pan Macmillan Australia and NetGalley for the opportunity to read and review this title in advance of its publication on 22 September 2020.