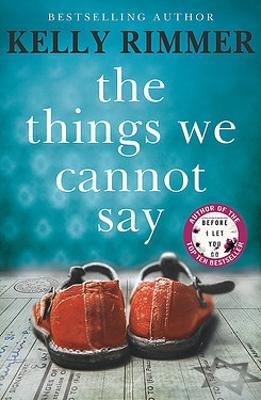 The Things We Cannot Say

Description - The Things We Cannot Say by Kelly Rimmer

A searing page-turner of family secrets and the legacy of war by the Top 10 bestselling Australian author of BEFORE I LET YOU GO2019 Life changed beyond recognition for Alice when her son, Eddie, was born with autism spectrum disorder. She must do everything to support him, but at what cost to her family? When her cherished grandmother is hospitalised, a hidden box of mementoes reveals a tattered photo of a young man, a tiny leather shoe and a letter. Her grandmother begs Alice to return to Poland to see what became of those she held dearest.WWII Alina and Tomasz are childhood sweethearts. The night before he leaves for college, Tomasz proposes marriage. But when their village falls to the Nazis, Alina doesn't know if Tomasz is alive or dead.2019 In Poland, separated from her family, Alice begins to uncover the story her grandmother is so desperate to tell, and discovers a love that bloomed in the winter of 1942. As a painful family history comes to light, will the struggles of the past and present finally reach a heartbreaking resolution?Inspired by the author's own family history, The Things We Cannot Say unearths a tragic love story and a family secret whose far-reaching effects will alter lives forever.'Kelly Rimmer has raised the already-high bar with this unforgettable novel, The Things We Cannot Say. Alina and Tomasz's story is one of bravery, resilience, and the lengths we will go to for the ones we love. Fans of Jodi Picoult and Kristin Hannah now have a new go-to author' Sally Hepworth, author of The Secrets of Midwives'The Things We Cannot Say is such an emotional and powerful read that I found it almost impossible to put down. I was riveted, and will be recommending this book to everyone I know' Lisa Ireland, author of The Shape of Us

Other Editions - The Things We Cannot Say by Kelly Rimmer Book Reviews - The Things We Cannot Say by Kelly Rimmer

» Have you read this book? We'd like to know what you think about it - write a review about The Things We Cannot Say book by Kelly Rimmer and you'll earn 50c in Boomerang Bucks loyalty dollars (you must be a Boomerang Books Account Holder - it's free to sign up and there are great benefits!)

The Things We Cannot Say is the sixth novel by best-selling Australian author, Kelly Rimmer. On a farm in southern Poland in 1940, seventeen-year-old Alina Dziak lives in hope. Her twin brothers have been sent to work camps by the Nazis. The occupying force takes all their farm produces. Her life has shrunk to the farm and her family and escaping the notice of the soldiers. But Tomasz Slaski, the man to whom she has promised her heart, Tomasz will return from Warsaw to marry her: this, she truly believes.

For Florida mother Alice Michaels, life in 2019 is already busy: her husband has a stressful job in the plastics industry, her 10 year-old daughter Pascale is highly gifted and needs additional challenges to keep her satisfied, and her 7 year-old son, Edison is on the autism spectrum, requiring a disproportionate amount of her attention to keep their lives organised and prevent meltdowns.

The stroke that lands her beloved 95 year-old grandmother, Hanna in hospital, rendering her non-verbal, naturally disrupts the necessarily rigid schedule of Alice’s days, and puts added pressure on her already-strained marriage. Hanna virtually raised Alice, so when she asks or, rather, insists, that Alice goes to Poland on a vague mission (vague because it is communicated via Eddie’s useful-but-by-no-means-perfect communication app), Alice finds she cannot refuse. But in Poland, despite a few clues and a highly competent guide, Alice hits brick walls.

Rimmer explores several topics in this novel, in particular the stigma of an autism spectrum diagnosis and persecution by Nazis of Polish Jews during the wartime occupation. Her extensive research into these is apparent on every page, and she captures the setting with consummate ease.

Alina’s narrative tells a heartfelt wartime romance that prevails through hunger and hardship, distance and time. Her long-held secrets certainly cause Alice some difficulties in 2019. While Alina and Alice, both strong but flawed women, earn respect with their narratives, Eddie, with very few words, captures hearts. Rimmer cleverly uses Eddie’s echolalia to succinctly summarise the behaviour exhibited by characters significant to him.

Rimmer populates her novel with convincing characters and dialogue, but also gives the reader a great plot twist: a mystery that becomes apparent from tiny clues scattered throughout. The astute reader will pick these up, but just how it comes together will have the reader racing to the final, deeply emotional chapters. Guilt, grief, kindness and courage, cruelty, betrayal, faith, all feature in a story that will have eyes welling up and tissues reached for. A brilliant read! This unbiased review is from an uncorrected proof copy provided by Hachette Australia and the author. 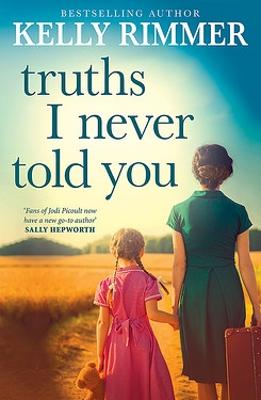