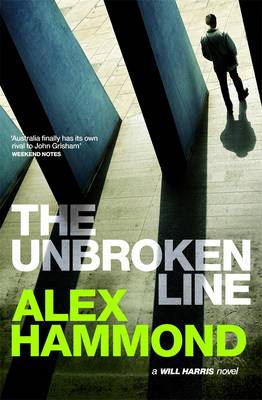 The violence of the past casts a long shadow - a dark legacy with lethal consequences. When defence lawyer Will Harris is attacked by masked men with a clear message to back off, he has no choice but to listen. If only he knew what they were talking about. Under siege as his fledgling law firm struggles to get off the ground, Will agrees to defend the troubled son of a family friend. But the case is far from clear-cut, and the ethical boundaries murky. Instead of clawing his way out of trouble, Will finds he's sinking ever deeper. At the same time, his search for his attackers unearths an unexpected source that points him towards Melbourne's corridors of power. But motives, let alone proofs, are hard to find. It is only when those close to him are threatened that Will realises how near he is to the deadly truth. Gripping, sophisticated and strikingly atmospheric, The Unbroken Line creates a remarkable portrait of power, revenge and corruption, rooted in a vivid and unmistakably Australian setting. 'A rollicking legal story that flies along at breakneck speed.'
Daily Telegraph 'A taut and intelligent thriller that poses big questions about legality, morality, privilege and justice without sacrificing pace or suspense.' Angela Savage 'A well crafted and gripping legal thriller. Perfect for fans of John Grisham and Michael Connelly.' Book'd Out 'A ripper.' Courier-Mail 'If you enjoy legal thrillers with more twists and turns than a game of snakes and ladders, this is for you ...A racy read with well-chosen prose and an interesting plot that hooks the reader from the start.' Weekly Times (Melbourne) 'A heady tale of local intrigue that spans contemporary Melbourne and a grim part of Australia's history.' Readings 'This unpredictable legal thriller ...brims with action.' Newtown Review of Books

» Have you read this book? We'd like to know what you think about it - write a review about The Unbroken Line book by Alex Hammond and you'll earn 50c in Boomerang Bucks loyalty dollars (you must be a Boomerang Books Account Holder - it's free to sign up and there are great benefits!)

The Unbroken Line is the second novel in the Will Harris series by Australian author, Alex Hammond. Life for lawyer Will Harris seems to be back on an even keel: he is recovering from stab wounds heroically acquired; his new law practice is getting off the ground (if only his new partner wasn’t quite so absent); and he has the lovely Eva Mercuri at his side. While his involvement with the Ivanic family is an irritation that needs to be sorted, and he is less than popular with the Police, Will is confident things are looking up. Then a shocking attack by two masked men with a warning to “back off” leaves Eva scarred and Will beaten and confused. And things start to get complicated, again.

Investigation into the attack turns up little; Will finds himself pressured by the Ivanics to take on a case; his mum, Justice Maeve Sheehan, asks him to consider defending the son of her colleague; the OPP is considering looking at ethics breaches in his previous case; his new partner’s association with a certain footballer is a worry, and his interest in First Fleet Officers is puzzling.

Hammond gives the reader a fast-paced legal thriller that also touches on a myriad of topical issues: bullying, torture, internet posting of covertly filmed sexual assault, off-field behaviour of sporting celebrities, sexual slavery, high level corruption and teenage suicide all feature. Certain elements of the story appear, at first, to be a distraction to the main plot, but Hammond cleverly ties all the loose ends together in a heart-stopping climax at Flemington on Melbourne Cup Day. Will Harris is a hero who, at times, seems to blur the line between legal and illegal, between right and wrong, but ultimately, it seems his heart is in the right place. A riveting read. With thanks to GoodReads FirstReads for this copy to read and review 4.5 stars 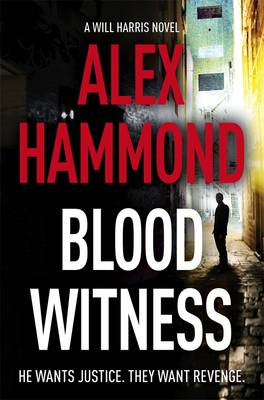 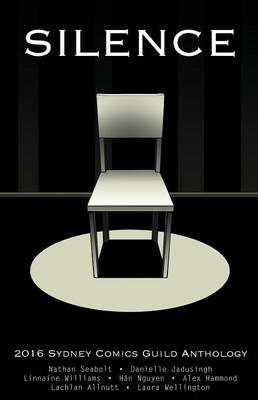