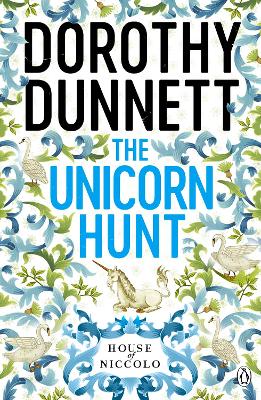 The The Unicorn Hunt

Description - The The Unicorn Hunt by Dorothy Dunnett

The fifth title in the "House of Niccolo" sequence, recreating the perilous world of trade, war and banking in Renaissance Europe. Niccolo has returned to Venice from Africa - richer, wiser yet ever unpredictable. He journeys to Scotland, closer at hand to the secrets of his birth.

Book Reviews - The The Unicorn Hunt by Dorothy Dunnett

» Have you read this book? We'd like to know what you think about it - write a review about The Unicorn Hunt book by Dorothy Dunnett and you'll earn 50c in Boomerang Bucks loyalty dollars (you must be a Boomerang Books Account Holder - it's free to sign up and there are great benefits!)

A Preview for this title is currently not available.
More Books By Dorothy Dunnett
View All