The Unlikely Adventures of the Shergill Sisters

British-Punjabi sisters Rajni, Jezmeen and Shirina Shergill have never been close. But now they've been thrown together on the strangest family holiday of all time...

When their mother died, she had only one request: that her daughters take a pilgrimage across India to carry out her final rites. Suddenly, the three are packing their bags and heading to the airport, together for the first time in years.

The sisters seem to have nothing in common, but they need each other now more than ever. And as the miles rack up on their family road-trip, each of them will make unexpected discoveries about themselves and each other. After all, there are no secrets between sisters...

Grab your passport and let the Shergill sisters take you on a journey - warm, life-affirming and laugh-out-loud funny, don't miss this joyful story about friendship, family, and finding home. 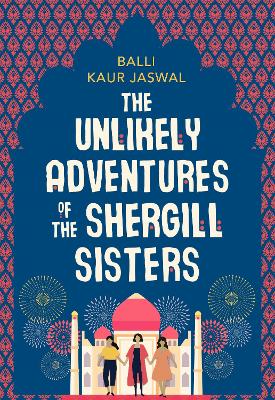 » Have you read this book? We'd like to know what you think about it - write a review about The Unlikely Adventures of the Shergill Sisters book by Balli Kaur Jaswal and you'll earn 50c in Boomerang Bucks loyalty dollars (you must be a Boomerang Books Account Holder - it's free to sign up and there are great benefits!)

The Unlikely Adventures of the Shergill Sisters is the fourth novel by Singapore-born author, Balli Kaur Jaswal. Not long before she died in November, Sita Kaur Shergill set out her wishes for the pilgrimage her daughters were to make to India in her name: a mix of tourism, sentimental and spiritual destinations and activities. Eight months later, Bajni, Jezmeen and Shirina arrive in Delhi.

None of them really wants to be there. Rajni, the eldest (and therefore, most responsible) would much rather be at home dealing with the bombshell her eighteen-year-old son dropped just before she departed. A woman twice his age is bad enough but the prospect of being a grandmother at 43 doesn't bear thinking about. Being in India, meanwhile, brings back the awful memories of the trip she made with her mother shortly after her father died.

Jezmeen is glued to her phone watching her career as a TV host self-destructing over an unfortunate YouTube clip of her restaurant meltdown.

Shirina’s marriage is not turning out to be the idyll she had envisaged. Sehar is wonderful, but being a daughter-in-law is proving challenging. She is finding that acquiescence to the family’s wishes turns out to mean no social life and no job. And now, Shirina is dreading the difficult duty the family requires of her while she is in India.

The sisters have not been the sort to get along with each other for many years (if ever, in Rajni’s case, being so much older). They even came to blows over the circumstances of Sita’s death. So they haven't shared thoughts, secrets or fears like some sisters might have, when some support and understanding could have eased their worries to some degree.

Travelling like this in India “’It’s hardly a break,’ Jezmeen reminded her. ‘We’ve got this itinerary to follow and we’re sequestered in the hotel most evenings because it’s not exactly the friendliest environment for female travellers.’”

As the sisters (mostly) follow Sita’s wishes (Rajni feels her sisters are not taking this as seriously as they should), with the pilgrimage taking them on to Amritsar, not everything goes according to Sita’s carefully laid out plan: one of them is arrested, and later two of them find themselves on a mercy dash across the country in a car daringly chauffeured by a man who insists his name is Tom Hanks.

Sita hated to see the discord amongst her three very different daughters: would her gamble to bring them together on this pilgrimage to their roots pay off? “They had all done their part by coming on this trip, this pilgrimage they did not want to take, and what did it achieve? Arguments, ugly memories and none of the healing that Mum had wanted for them.”

While being of Indian extraction might enhance the enjoyment of this novel, it really is not necessary and if some of the issues raised apply more to that racial group, giving them a wider audience is important. But if Jaswal draws attention to confronting topics like female feticide and rape culture, her characters are easily relatable and she manages to include plenty of humour. This is a thought-provoking and moving read.


A Preview for this title is currently not available.
More Books By Balli Kaur Jaswal
View All