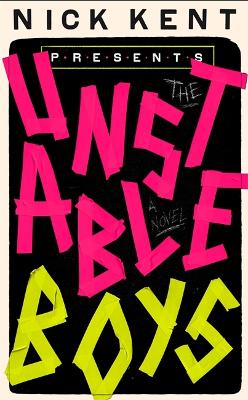 The Unstable Boys: A Novel

Description - The Unstable Boys: A Novel by Nick Kent

In 1968 The Unstable Boys was the name on every music-biz-insider's lips. But despite becoming reaching industry darling status, the group was also mired in its fair share of tragedy and controversy. Their lead guitarist was killed in a road accident whilst several drummers passed through their ranks. When their next album flopped, the group broke up and the band members faded into obscurity.Over forty years later a leading computer firm runs a series of high-profile ads for their latest software featuring one of the Unstable Boys' songs and against all the odds the band are catapulted to the top of the charts. Their former manager dismisses talk of a reunion, but millionaire crime novelist Michael Martindale, an Unstable Boys fanatic as a teenager, is determined to reunite the band.The moment Martindale invites the Boy into his house, he falls victim to an attraction that utterly overwhelms him. Unknown to Martindale though the Boy's always precarious fortunes have plummeted to an all-time low. A Russian mob have managed to coerce him into signing away all future publishing and performance royalties from all his previous recordings, including the Unstable Boys. The Boy goes on the run.The gloves are now off. With the Boy closing in on his seventies, that big score, it is now or never. With Michael Martindale, there'd be no mistakes. He'd fished out his rod, reeled out a line fat with bait and one more time - perhaps the last - he'd land a catch. A game-changing catch...

Other Editions - The Unstable Boys: A Novel by Nick Kent Book Reviews - The Unstable Boys: A Novel by Nick Kent

» Have you read this book? We'd like to know what you think about it - write a review about The Unstable Boys: A Novel book by Nick Kent and you'll earn 50c in Boomerang Bucks loyalty dollars (you must be a Boomerang Books Account Holder - it's free to sign up and there are great benefits!)


A Preview for this title is currently not available.
More Books By Nick Kent
View All