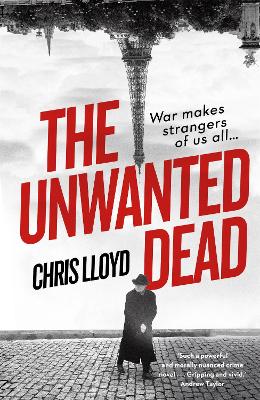 'Terrific'THE SUNDAY TIMES, Best Books of the Month 'A thoughtful, haunting thriller.' MICK HERRON 'A powerful and morally nuanced crime novel ... Both a gripping murder mystery and a vivid recreation of Paris under German Occupation.'ANDREW TAYLOR * * * * * Paris, Friday 14th June 1940.The day the Nazis march into Paris. It made headlines around the globe. Paris police detective Eddie Giral - a survivor of the last World War - watches helplessly on as his world changes forever. But there is something he still has control over. Finding whoever is responsible for the murder of four refugees. The unwanted dead, who no one wants to claim. To do so, he must tread carefully between the Occupation and the Resistance, between truth and lies, between the man he is and the man he was. All the while becoming whoever he must be to survive in this new and terrible order descending on his home... * * * * * PRAISE FOR THE UNWANTED DEAD and Detective Eddie Giral: 'Lloyd's Second World War Paris is rougher than Alan Furst's, and Eddie Giral, his French detective, is way edgier than Philip Kerr's Bernie Gunther ... Ranks alongside both for its convincingly cloying atmosphere of a city subjugated to a foreign power, a plot that reaches across war-torn Europe and into the rifts in the Nazi factions, and a hero who tries to be a good man in a bad world. Powerful stuff.'THE TIMES 'Excellent ... In Eddie Giral, Lloyd has created a character reminiscent of Philip Kerr's Bernie Gunther, oozing with attitude and a conflicted morality that powers a complex, polished plot. Historical crime at its finest.'VASEEM KHAN, author of Midnight at Malabar House 'Monumentally impressive ... A truly wonderful book. If somebody'd given it to me and told me it was the latest Robert Harris, I wouldn't have been surprised. Eddie Giral is a wonderful creation.'ALIS HAWKINS 'A terrific read - gripping and well-paced. The period atmosphere is excellent.'MARK ELLIS 'The best kind of crime novel: gripping, thought-provoking and moving. In Detective Eddie Giral, Chris Lloyd has created a flawed hero not just for occupied Paris, but for our own times, too.'KATHERINE STANSFIELD

Other Editions - The Unwanted Dead by Chris Lloyd 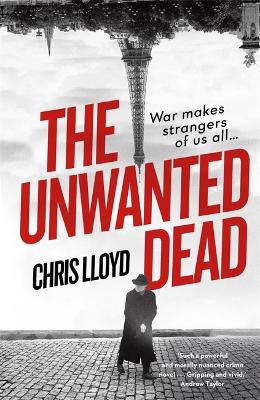 » Have you read this book? We'd like to know what you think about it - write a review about The Unwanted Dead book by Chris Lloyd and you'll earn 50c in Boomerang Bucks loyalty dollars (you must be a Boomerang Books Account Holder - it's free to sign up and there are great benefits!)


A Preview for this title is currently not available.
More Books By Chris Lloyd
View All