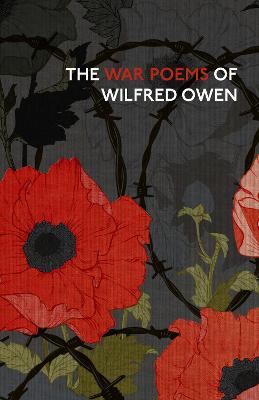 The War Poems Of Wilfred Owen

Wilfred Owen was the greatest poet of the First World War - his best work is collected here, published in a new hardback edition to commemorate the end of the war that Owen has taught us never to forget

'Orpheus, the pagan saint of poets, went through hell and came back singing. In twentieth-century mythology, the singer wears a steel helmet and makes his descent "down some profound dull tunnel" in the stinking mud of the Western Front. For most readers of English poetry, the face under that helmet is that of Wilfred Owen.' Professor Jon Stallworthy, from his Introduction.

When Wilfred Owen was killed in the days before the Armistice in 1918, he left behind a shattering, truthful and indelible record of a soldier's experience of the First World War. His greatest war poetry has been collected, edited and introduced here by Professor Jon Stallworthy. This special edition is published to commemorate the end of the hellish war that Owen, though the hard-won truth and terrible beauty of his poetry, has taught us never to forget. 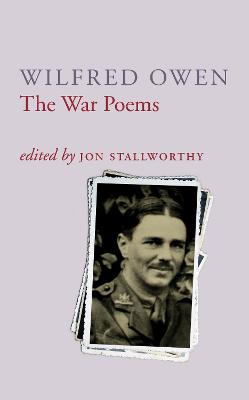 » Have you read this book? We'd like to know what you think about it - write a review about The War Poems Of Wilfred Owen book by Wilfred Owen and you'll earn 50c in Boomerang Bucks loyalty dollars (you must be a Boomerang Books Account Holder - it's free to sign up and there are great benefits!)


A Preview for this title is currently not available.
More Books By Wilfred Owen
View All