The Whydah: A Pirate Ship Feared, Wrecked, and Found

The exciting true story of the captaincy, wreck, and discovery of the Whydah - the only pirate ship ever found - and the incredible mysteries it revealed.

The 1650s to the 1730s marked the golden age of piracy, when fearsome pirates like Blackbeard ruled the waves, seeking not only treasure but also large and fast ships to carry it. The Whydah was just such a ship, built to ply the Triangular Trade route, which it did until one of the greediest pirates of all, Black Sam Bellamy, commandeered it. Filling the ship to capacity with treasure, Bellamy hoped to retire with his bounty - but in 1717 the ship sank in a storm off Cape Cod. For more than two hundred years, the wreck of the Whydah (and the riches that went down with it) eluded treasure seekers, until the ship was finally found in 1984 by marine archaeologists. The artifacts brought up from the ocean floor are priceless, both in value and in the picture they reveal of life in that much-mythologized era, changing much of what we know about pirates.

Other Editions - The Whydah: A Pirate Ship Feared, Wrecked, and Found by Martin W. Sandler 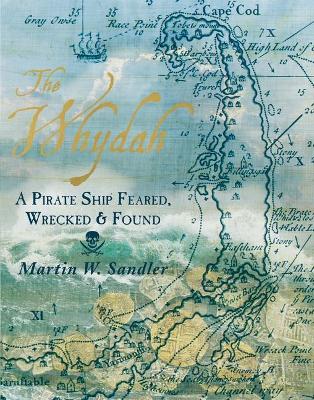 » Have you read this book? We'd like to know what you think about it - write a review about The Whydah: A Pirate Ship Feared, Wrecked, and Found book by Martin W. Sandler and you'll earn 50c in Boomerang Bucks loyalty dollars (you must be a Boomerang Books Account Holder - it's free to sign up and there are great benefits!)


A Preview for this title is currently not available.
More Books By Martin W. Sandler
View All

Iron Rails, Iron Men, and the Race to Link the Nation: The Story of the Transcontinental Railroad
$45.54 $50.60