The Woman in the Wood

Description - The Woman in the Wood by M.K. Hill

A reality TV star becomes a suspect in an Essex murder case. The second thriller in the Sasha Dawson series.

A reality TV star becomes a suspect in an Essex murder case in the sharp, funny and moving new thriller from M.K. Hill

Three years ago, Danny 'Abs' Cruikshank, star of reality show Laid in Essex!, was living the dream. But on the night of the party, everything changed.

It was supposed to be an intimate weekend gathering, just a few close friends in a remote cottage in Wales. But after a night of heavy drinking in the village pub, a local girl was reported missing - and never seen again. Abs and his friends had been the last to see her alive.

No-one was ever charged, but the controversy destroyed Abs's career. And now one of his mates has been murdered...

DI Sasha Dawson and her team must race against the clock to find the killer before they strike again - but first she must discover what happened to Rhiannon Jenkins on the night she vanished. Will the truth set Abs free? Or bury him?

Praise for M.K. Hill:
'Devilishly clever and twisty, The Woman in the Wood is a gripping thriller with a brilliantly compelling protagonist' Tom Wood
'Everything a police procedural should be: sharp, funny, moving and tremendously exciting' The Times Crime Book of the Month
'Dark, gripping and fast paced, The Bad Place grabs a hold and won't let you go ... Addictive summer reading' Katerina Diamond
'Superb, smart, seat-edge stuff. DI Sasha Dawson is a brilliant creation' William Shaw
'Absorbing and twisty' Mark Edwards
'Utterly compelling and brilliantly realistic, The Bad Place is Mark's best book yet. One that will appeal to crime fans everywhere' Lisa Hall

Buy The Woman in the Wood by M.K. Hill from Australia's Online Independent Bookstore, Boomerang Books.


Other Editions - The Woman in the Wood by M.K. Hill 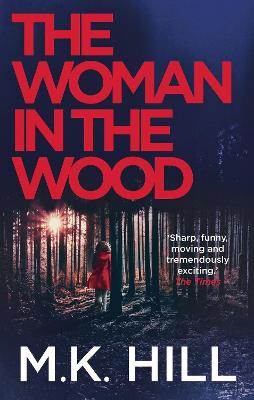 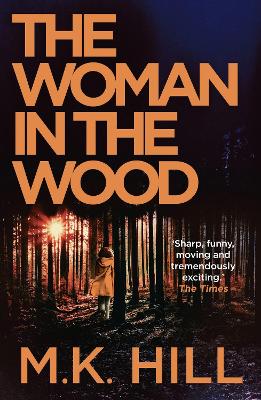 Book Reviews - The Woman in the Wood by M.K. Hill

» Have you read this book? We'd like to know what you think about it - write a review about The Woman in the Wood book by M.K. Hill and you'll earn 50c in Boomerang Bucks loyalty dollars (you must be a Boomerang Books Account Holder - it's free to sign up and there are great benefits!)


A Preview for this title is currently not available.
More Books By M.K. Hill
View All