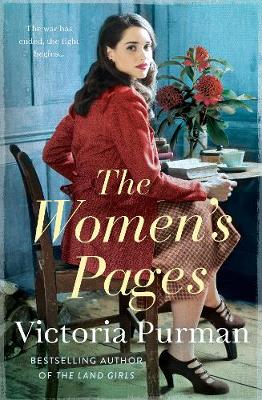 From the bestselling author of The Land Girls comes a beautifully realised novel that speaks to the true history and real experiences of post-war Australian women.

The war is over and so are the jobs (and freedoms) of tens of thousands of Australian women. The armaments factories are making washing machines instead of bullets and war correspondent Tilly Galloway has hung up her uniform and been forced to work on the women's pages of her newspaper - the only job available to her - where she struggles to write advice on fashion and make-up.

As Sydney swells with returning servicemen and the city bustles back to post-war life, Tilly finds her world is anything but normal. As she desperately waits for word of her prisoner-of-war husband, she begins to research stories about the lives of the underpaid and overworked women who live in her own city. Those whose war service has been overlooked; the freedom and independence of their war lives lost to them.

Meanwhile Tilly's waterside worker father is on strike, and her best friend Mary is struggling to cope with the stranger her own husband has become since being liberated from Changi a broken man. As strikes rip the country apart and the news from abroad causes despair, matters build to a heart-rending crescendo. Tilly realises that for her the war may have ended, but the fight is just beginning...
PRAISE

'A richly crafted novel that graphically depicts life during those harrowing years. A touching tale and an enthralling read.' Reader's Digest

Other Editions - The Women's Pages by Victoria Purman 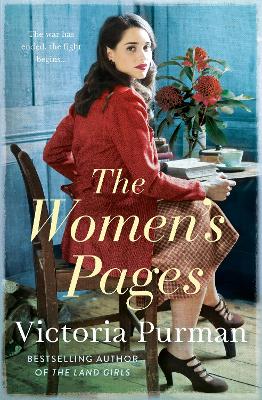 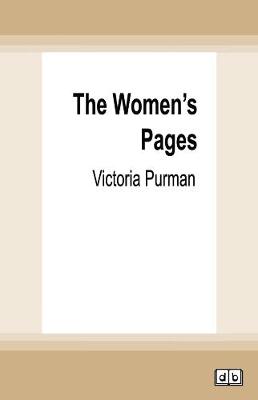 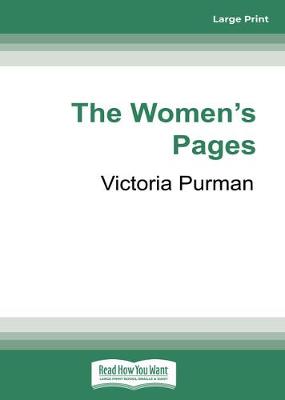 » Have you read this book? We'd like to know what you think about it - write a review about The Women's Pages book by Victoria Purman and you'll earn 50c in Boomerang Bucks loyalty dollars (you must be a Boomerang Books Account Holder - it's free to sign up and there are great benefits!)

4 stars The Women’s Pages is the seventeenth novel by best-selling Australian author, Victoria Purman. Home before Christmas. That is the mantra they all cling to, when Victory in the Pacific is declared on August 15th, 1945. All the families waiting for their sons, husbands, fathers, brothers, uncles, nephews to come home, all reassure each other with this. Some, too, are waiting on daughters, sisters, aunts…

The Daily Herald’s only female War Reporter, Tilly Galloway is realistic enough to understand that not all of them will come home. There has been no word from, or about, her husband, Archie, for over three years, since he was captured by the Japanese in Rabaul, and the forty precious letters she does have are treasured and regularly reread.

She’s held the post for three years, and the censorship of news has been a real frustration, but not as much as the fact that she is relegated to describing the women’s angle on every story, rather than the real news the men get to report. Tilly has had to rise above the sexual discrimination against female journalists, including the belief that women cannot be trusted with secrets because they are inclined to gossip.

When those men do start returning, it’s a bittersweet celebration for Tilly, but she maintains her professional demeanour as she interviews the waiting families for background colour. Those servicemen who did not give their lives for their country are welcomed with open arms; some bring their faithful, unsuspecting wives the unwelcome souvenir of disease; some choose to abandon their waiting spouse for a newer model; some women belatedly learn that they have been a widow longer than they had been a wife.

The return of POWs is delayed by the need for treatment and nutrition: these men are emaciated and scarred, both physically and mentally. When reports of atrocities by the Nazis and the Japanese emerge, and Tilly’s friend, colleague and mentor, George Cooper shares disturbing information, Tilly is overcome by a sinking dread for her husband’s fate.

“The army carefully chose the healthiest ones to come home first. And even then, they’d already had weeks in hospital to get some meat on their bones. To get treated for what was ailing them. To find new uniforms to cover up what lies underneath. There’s still not much more than skin and bone under all that khaki. That whole thing was a public relations exercise and the paper fell for it, we all fell for it, because that’s what Australians want to see”,

The other side of the coin is that, with the men returning, the many women who have kept the country running are suddenly made redundant. Tilly’s editor tells her: “Take a turn at making a home for Archie and raising a family. We need to find jobs for the men so they can have the satisfaction again of being the breadwinner in their families.” Tilly is incensed, too, by the appalling lack of support for war widows.

Purman’s protagonist exhibits a steely determination and the novel would have benefited from editing some of the repetition in the first section in favour of extending into Tilly’s post-war career. Purman easily captures her setting and era; her extensive research is apparent on every page, and the inclusion of many iconic Sydney landmarks will add appeal for anyone who has visited the city.

Through the eyes of Tilly Galloway, Purman richly illustrates how radically the war changed life for the women of Australia. Proving their capability in occupations formerly the exclusive domain of men, women would eventually earn recognition and a measure of independence, permitting them a career beyond housewife and mother. It sowed the seeds of feminism and the fight for equal pay. Captivating Australian historical fiction. This unbiased review is from a copy provided by NetGalley, Better Reading Preview, The Book Stack and HQ Fiction