Description - The Wreckage by Michael Robotham

BAGHDAD. Journalist Luca Terracini is living outside the wire and investigating a series of deadly million-dollar bank robberies. But he's about to make some powerful enemies who seek to bury secrets and manipulate the truth, regardless of the cost.LONDON. A thousand miles away, ex-cop Vincent Ruiz rescues a young woman, Holly Knight, from a violent boyfriend - but wakes next morning to find she's robbed him. It was an elaborate scam. Furious at himself, and at her, he sets off to find Holly.Set in the turbulent aftermath of the Global Financial Crisis, THE WRECKAGE is a compulsively gripping political thriller from world-renowned author Michael Robotham.

Other Editions - The Wreckage by Michael Robotham 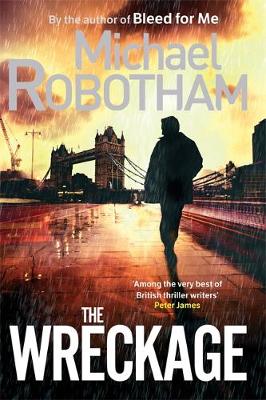 » Have you read this book? We'd like to know what you think about it - write a review about The Wreckage book by Michael Robotham and you'll earn 50c in Boomerang Bucks loyalty dollars (you must be a Boomerang Books Account Holder - it's free to sign up and there are great benefits!)