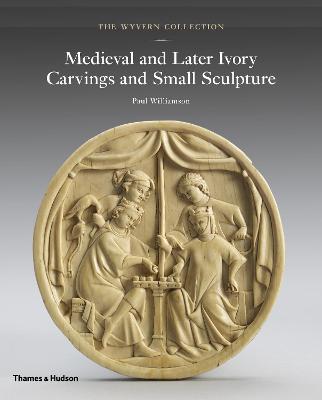 This volume, the second catalogue of the Wyvern Collection, celebrates an outstanding group of medieval ivory carvings and small sculpture, the finest assemblage of its kind in private hands. The book has pieces from every period of the Middle Ages, including rare examples from the Early Christian era; spectacular panels from the workshops of tenth-century Constantinople; objects produced by the celebrated carvers active in south Italy in the eleventh and twelfth centuries; and several important pieces from the Romanesque period. At the heart of the collection is an outstanding group of Gothic ivories whose highlights include one of the most important secular medieval ivories discovered in recent years. The collection also features a number of small amber, hardstone, jet, wood and mother-of-pearl carvings.

In addition to their virtuoso craftsmanship, many of these objects have illustrious histories as part of famous aristocratic or ecclesiastical collections. This is a precious opportunity to study these miniature masterpieces.

» Have you read this book? We'd like to know what you think about it - write a review about The Wyvern Collection: Medieval and Later Ivory Carvings and Small Sculpture book by Paul Williamson and you'll earn 50c in Boomerang Bucks loyalty dollars (you must be a Boomerang Books Account Holder - it's free to sign up and there are great benefits!)


A Preview for this title is currently not available.
More Books By Paul Williamson
View All

The Wyvern Collection: Medieval and Renaissance Enamels and Other Works of Art
$106.60 $130.00

Medieval and Renaissance Stained Glass in the Victoria and Albert Museum
$81.00 $90.00