Thelma & Louise, directed by Ridley Scott and written by Callie Khouri, sparked a remarkable public discussion about feminism, violence, and the representation of women in cinema on its release in 1991. Subject to media vilification for its apparent justification of armed robbery and manslaughter, it was a huge hit with audiences composed largely but not exclusively of women who cheered the fugitive central characters played by Susan Sarandon and Geena Davis.
Marita Sturken examines Thelma & Louise as one of those rare films that encapsulates the politics of its time. She discusses the film's reworking of the outlaw genre, its reversal of gender roles, and its engagement with the complex relationship of women, guns adn the law. The insights of director Scott, screenwriter Khouri as well as Davis and Sarandon are deployed in an analysis of Thelma & Louise and the controversies it sparked. This is a compelling study of a landmark in 1990s American cinema.
In her foreword to this new edition, Sturken looks back on the film's reception at the time of its release, and considers its continuing resonances and topicality in the age of #MeToo. 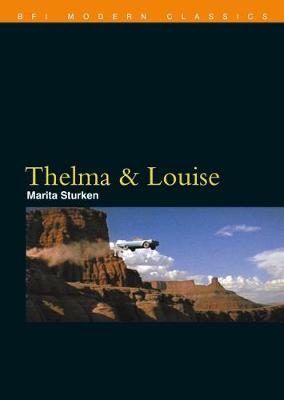 » Have you read this book? We'd like to know what you think about it - write a review about Thelma & Louise book by Marita Sturken and you'll earn 50c in Boomerang Bucks loyalty dollars (you must be a Boomerang Books Account Holder - it's free to sign up and there are great benefits!)


A Preview for this title is currently not available.
More Books By Marita Sturken
View All