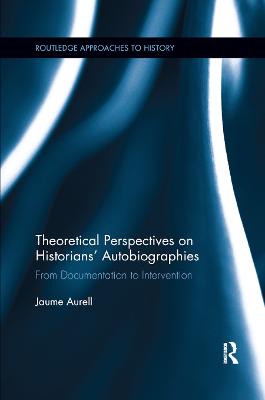 Theoretical Perspectives on Historians' Autobiographies: From Documentation to Intervention

Description - Theoretical Perspectives on Historians' Autobiographies: From Documentation to Intervention by Jaume Aurell

E. H. Carr wrote, "study the historian before you begin to study the facts." This book approaches the life, work, ideas, debates, and the context of key 20th- and 21st-century historians through an analysis of their life writing projects viewed as historiographical sources. Merging literary studies on autobiography with theories of history, it provides a systematic and detailed analysis of the autobiographies of the most outstanding historians, from the classic texts by Giambattista Vico, Edward Gibbon and Henry Adams, to the Annales historians such as Fernand Braudel, Philippe Aries and Georges Duby, to Marxist historians such as Eric Hobsbawm and Annie Kriegel, to postmodern historians such as Carolyn Steedman, Robert A. Rosenstone, Carlos Eire, Luisa Passerini, Elisabeth Roudinesco, Gerda Lerner and Sheila Fitzpatrick, and to "interventional" historians such as Geoff Eley, Jill Ker Conway, Natalie Davis and Gabrielle Spiegel. Using a comparative approach to these texts, this book identifies six historical-autobiographical styles: humanistic, biographic, ego-historical, monographic, postmodern, and interventional. By privileging historians' autobiographies, this book proposes a renewed history of historiography, one that engages the theoretical evolution of the discipline, the way history has been interpreted by historians, and the currents of thought and ideologies that have dominated and influenced its writing in the 20th and 21st centuries.

Other Editions - Theoretical Perspectives on Historians' Autobiographies: From Documentation to Intervention by Jaume Aurell 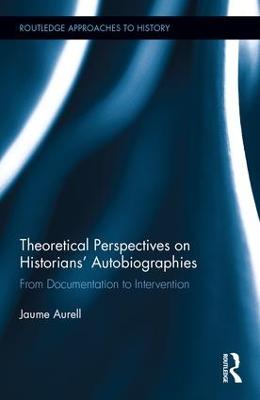 » Have you read this book? We'd like to know what you think about it - write a review about Theoretical Perspectives on Historians' Autobiographies: From Documentation to Intervention book by Jaume Aurell and you'll earn 50c in Boomerang Bucks loyalty dollars (you must be a Boomerang Books Account Holder - it's free to sign up and there are great benefits!)


A Preview for this title is currently not available.
More Books By Jaume Aurell
View All