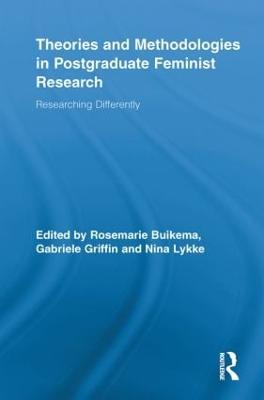 This volume centers on theories and methodologies for postgraduate feminist researchers engaged in interdisciplinary research. In the context of globalization, this book gives special attention to cutting-edge approaches at the borders between humanities and social sciences and specific discipline-transgressing fields, such as feminist technoscience studies. 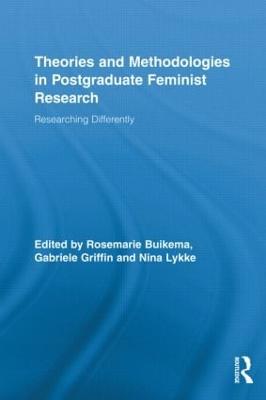 » Have you read this book? We'd like to know what you think about it - write a review about Theories and Methodologies in Postgraduate Feminist Research book by Rosemarie Buikema and you'll earn 50c in Boomerang Bucks loyalty dollars (you must be a Boomerang Books Account Holder - it's free to sign up and there are great benefits!)

Rosemarie Buikema is Professor of Art, Culture and Diversity at Utrecht University, the Netherlands. She is Head of the Department of Media and Culture Studies and chairs the Graduate Gender Programme. She is the Utrecht co-ordinator of GEMMA and scientific director of the Netherlands Research School of Women's Studies (NOV). She has broadly published on feminist theory, postcolonial studies and memory studies, and currently works in the field of transitional justice and the arts. Her latest book is Doing Gender in Media, Art and Culture (co-edited with Iris van der Tuin, Routledge, 2009). Gabriele Griffin holds the Anniversary Chair in Women's Studies at the University of York, UK. Her research interests centre on contemporary women's cultural production and on Women's Studies as a discipline. She is co-founding editor of the journal Feminist Theory (Sage). Her publications include Thinking Differently: A Reader in European Women's Studies (London: ZED Books, 2002), Who's Who in Lesbian and Gay Writing (London: Routledge, 2002); Contemporary Black and Asian Women Playwrights in Britain (Cambridge University Press 2003), Employment, Equal Opportunities and Women's Studies: Women's Experiences in Seven European Countries (ed. and contributor, Koenigstein: Ulrike Helmer Verlag 2004), and Doing Women's Studies: Employment Opportunities, Personal Impacts and Social Consequences (ed. and contributor; London: ZED Books 2005). Nina Lykke is Professor of Gender of Gender and Culture and Head of Unit of Gender Studies, Linkoping University, Sweden. She is director of an international Centre of Gender Excellence, GEXcel, as well as scientific leader of a Swedish-International Research School in Interdisciplinary Gender Studies. She has been scientific director of the Nordic Research School of Interdisciplinary Gender Studies, managing director of the European Feminist Studies association AOIFE and longstanding member of the European thematic network in Women's Studies, Athena. She has published extensively within the areas of feminist theory, intersectionality studies, feminist cultural studies and feminist technoscience studies, including Between Monsters, Goddesses and Cyborgs (co-ed. with R. Braidotti) (1996), Cosmodolphins (co-authored with M. Bryld) (2000), Bits of Life (co-ed. with A. Smelik) (2008), and Feminist Studies. A Guide to Intersectional Theory, Methodology and Writing (2010).

A Preview for this title is currently not available.
More Books By Rosemarie Buikema
View All