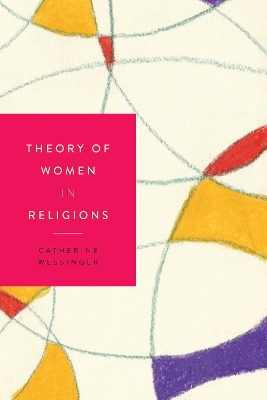 Theory of Women in Religions

Description - Theory of Women in Religions by Catherine Wessinger

An introduction to the study of women in diverse religious cultures
While women have made gains in equality over the past two centuries, equality for women in many religious traditions remains contested throughout the world. In the Roman Catholic Church and the Church of Jesus Christ of Latter-day Saints women are not ordained as priests. In areas of Pakistan and Afghanistan under Taliban occupation girls and women students and their teachers risk their lives to go to school. And in Sri Lanka, fully ordained Buddhist nuns are denied the government identity cards that recognize them as citizens. Is it possible to create families, societies, and religions in which women and men are equal? And if so, what are the factors that promote equality?
Theory of Women in Religions offers an economic model to shed light on the forces that have impacted the respective statuses of women and men from the earliest developmental stages of society through the present day. Catherine Wessinger integrates data and theories from anthropology, archaeology, sociology, history, gender studies, and psychology into a concise history of religions introduction to the complex relationship between gender and religion. She argues that socio-economic factors that support specific gender roles, in conjunction with religious norms and ideals, have created a gendered division of labor that both directly and indirectly reinforces gender inequality. Yet she also highlights how as the socio-economic situation is changing religion is being utilized to support the transition toward women's equality, noting the ways in which many religious representations of gender change over time.

Other Editions - Theory of Women in Religions by Catherine Wessinger Book Reviews - Theory of Women in Religions by Catherine Wessinger

» Have you read this book? We'd like to know what you think about it - write a review about Theory of Women in Religions book by Catherine Wessinger and you'll earn 50c in Boomerang Bucks loyalty dollars (you must be a Boomerang Books Account Holder - it's free to sign up and there are great benefits!)


A Preview for this title is currently not available.
More Books By Catherine Wessinger
View All