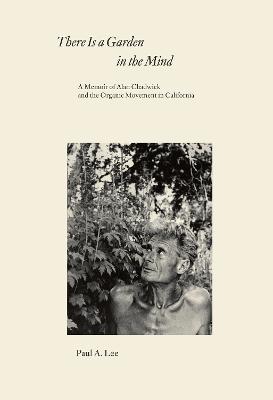 There Is A Garden In The Mind

Description - There Is A Garden In The Mind by Paul A. Lee

There Is a Garden in the Mind presents an engaging look at the work and life of pioneering organic gardener Alan Chadwick and his profound influence on the organic farming movement. In this wide-ranging and philosophical memoir, author Paul Lee recounts his first serendipitous meeting with Chadwick in Santa Cruz, California, in 1967, and their subsequent founding of the Chadwick Garden at UC Santa Cruz, the first organic and biointensive garden at a U.S. university.

Today, there are few who would dispute the ecological and health benefits of organically produced food, and the student garden project founded by Chadwick and Lee has evolved into a world-renowned research center that helps third-world farmers obtain high yields using organic gardening. But when Chadwick and Lee first broke ground in the 1960s, the term "organic" belonged to the university's chemists, and the Chadwick Garden spurred a heated battle against the whole system of industrial existence. Lee's memoir contextualizes this struggle by examining the centuries-old history of the conflict between industrial science and organic nature, the roots of the modern environmental movement and the slow food movement, and the origin of the term "organic." His account of Chadwick's work fills in a gap in the history of the sustainable agriculture movement and proposes that Chadwick's groundwork continues to bear fruit in today's burgeoning urban garden, locavore, and self-sufficiency movements.

Buy There Is A Garden In The Mind by Paul A. Lee from Australia's Online Independent Bookstore, Boomerang Books.

Book Reviews - There Is A Garden In The Mind by Paul A. Lee

» Have you read this book? We'd like to know what you think about it - write a review about There Is A Garden In The Mind book by Paul A. Lee and you'll earn 50c in Boomerang Bucks loyalty dollars (you must be a Boomerang Books Account Holder - it's free to sign up and there are great benefits!)

PAUL LEE studied philosophy at St. Olaf College and received his divinity degree and PhD from Harvard. He has taught at Harvard, MIT, and UC Santa Cruz, where he founded the UCSC Chadwick Garden with Alan Chadwick in 1967. In 1985 he founded the organization that became Santa Cruz's Homeless Services Center. His works include a book on homelessness, The Quality of Mercy, and a play, A Lullaby for Wittgenstein. The author lives in Santa Cruz, CA.

A Preview for this title is currently not available.
More Books By Paul A. Lee
View All