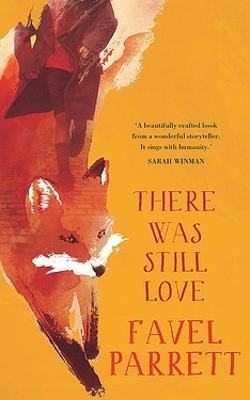 There Was Still Love

Description - There Was Still Love by Favel Parrett

INDIE BOOK AWARD WINNER 2020 BOOK OF THE YEAR & FICTION BOOK OF THE YEARSHORTLISTED FOR THE STELLA PRIZE 2020Prague, 1938: Eva flies down the street from her sister. Suddenly a man steps out, a man wearing a hat. Eva runs into him, hits the pavement hard. His hat is in the gutter. His anger slaps Eva, but his hate will change everything, as war forces so many lives into small, brown suitcases. Prague, 1980: No one sees Ludek. A young boy can slip right under the heavy blanket that covers this city - the fear cannot touch him. Ludek is free. And he sees everything. The world can do what it likes. The world can go to hell for all he cares because Babi is waiting for him in the warm flat. His whole world. Melbourne, 1980: Mala Li ka's grandma holds her hand as they climb the stairs to their third floor flat. Inside, the smell of warm pipe tobacco and homemade cakes. Here, Mana and Bill have made a life for themselves and their granddaughter. A life imbued with the spirit of Prague and the loved ones left behind. Favel Parrett's deep emotional insight and stellar literary talent shine through in this love letter to the strong women who bind families together, despite dislocation and distance. It is a tender and beautifully told story of memory, family and love. Because there is still love. No matter what.

Book Reviews - There Was Still Love by Favel Parrett

» Have you read this book? We'd like to know what you think about it - write a review about There Was Still Love book by Favel Parrett and you'll earn 50c in Boomerang Bucks loyalty dollars (you must be a Boomerang Books Account Holder - it's free to sign up and there are great benefits!)

Book Review: There Was Still Love by Favel Parrett - Reviewed by CloggieA (09 Oct 2019)

5 stars "It is easy to think somewhere else is better. But when you leave home, there are things you miss that you never imagined you would. Small things. Like the smell of the river, or the sound of rain on the cobblestones, the taste of local beer. You long to have those things again – to see them, to smell them – and when you do, you know that you are home.”

There Was Still Love is the third novel by award-winning Australian author, Favel Parrett. In Melbourne, in 1980, Malá Liška watches her grandparents save their 50c pieces up for their trip to Czechoslovakia. While they are gone, she'll stay with Uncle Joe. In Prague, in 1980, Lud?k sees his great uncle and aunt arrive, once again, for their six-week stay with his Babi. The women will spend all their time chattering about times gone by, and he will go for walks with Uncle Bill.

It is through the eyes of these two children, and a few snippets from other family in earlier times, that the reader learns how this close, loving family was separated. A chance encounter with the wrong person changed the future. Resentment and anger are buried deep underneath the happy façade, until one day, the words are spoken. But despite how it has all turned out, there is love, much love, and Lud?k and Malá Liška always feel surrounded by it.

Without resorting to lengthy descriptions, Parrett easily evokes both the era and the place. She also effortlessly conveys a myriad of feelings and emotions, but most especially, homesickness. Her characters are fully developed and do not fail to draw the reader’s empathy. The Author’s Note indicates that she has drawn on her own family’s experience and the authenticity of her characters is undeniable.

What a delight young Lud?k is: “Uncle Bill had a system. He ate everything evenly so that each different food on his plate disappeared at the same rate. This included whatever he was drinking. There was never more of one thing than another, and his last mouthful always included a bit of everything. Lud?k had tried to copy this system a few times, but it was no good. What if you got full and you wasted your belly space eating cabbage? You might have to leave a dumpling behind, and someone else might eat it before you found room again. It was better to eat your favourite food first. All of it. Then your second favourite, and then the rest. Lud?k ate his schnitzel first, all of it. The adults got two and he got one and there were no more left.”

There are numerous echoes of Lud?k’s world in Prague in Malá Liška’s world in Melbourne, delightful little surprises that really shouldn’t be, given the closeness of the sisters. Parrett’s third foray into literature is beautifully written and does not disappoint. This is a talented author whose further works will be eagerly anticipated. This unbiased review is from an uncorrected proof copy provided by NetGalley and Hachette Australia.