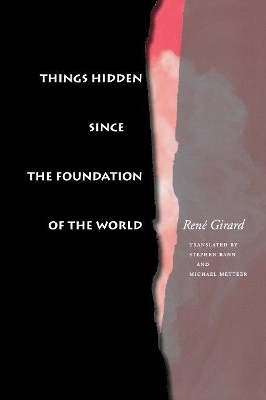 Things Hidden Since the Foundation of the World

An astonishing work of cultural criticism, this book is widely recognized as a brilliant and devastating challenge to conventional views of literature, anthropology, religion, and psychoanalysis. In its scope and itnerest it can be compared with Freud's Totem and Taboo, the subtext Girard refutes with polemic daring, vast erudition, and a persuasiveness that leaves the reader compelled to respond, one way or another. This is the single fullest summation of Girard's ideas to date, the book by which they will stand or fall. In a dialogue with two psychiatrists (Jean-Michel Oughourlian and Guy Lefort), Girard probes an encyclopedic array of topics, ranging across the entire spectrum of anthropology, psychoanalysis, and cultural production. Girard's point o departure is what he calles "mimesis," the conflict that arises when human rivals compete to differentiate themselves from each other, yet succeed only in becoming more and more alike. At certain points in the life of a society, according to Girard, this mimetic conflict erupts into a crisis in which all difference dissolves in indiscriminate violence.
In primitive societies, such crises were resolved by the "scapegoating mechanism," in which the community, en masse, turned on an unpremeditated victim. The repression of this collective murder and its repetition in ritual sacrifice then formed the foundations of both religion and the restored social order. How does Christianity, at once the most "sacrificial" of religions and a faith with a non-violent ideology, fit into this scheme? Girard grants Freud's point, in Totem and Taboo, that Christianity is similar to primitive religion, but only to refute Freud-if Christ is sacrificed, Girard argues, it is not becuase God willed it, but becaus ehuman beings wanted it. The book is not merely, or perhaps not mainly, biblical exegesis, for within its scope fall some of the most vexing problems of social history-the paradox that violance has social efficacy, the function of the scapegoat, the mechanism of anti-semitism.

Buy Things Hidden Since the Foundation of the World by Rene Girard from Australia's Online Independent Bookstore, Boomerang Books. 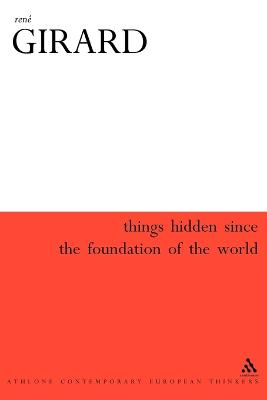 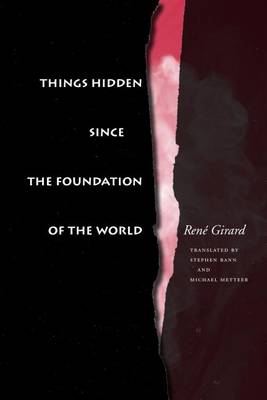 » Have you read this book? We'd like to know what you think about it - write a review about Things Hidden Since the Foundation of the World book by Rene Girard and you'll earn 50c in Boomerang Bucks loyalty dollars (you must be a Boomerang Books Account Holder - it's free to sign up and there are great benefits!)


A Preview for this title is currently not available.
More Books By Rene Girard
View All