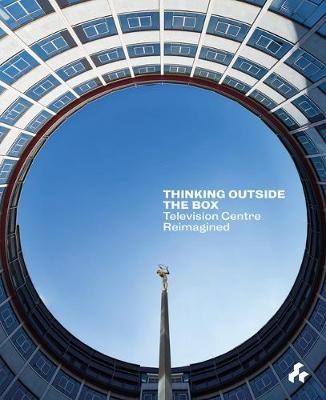 During Britain's post-war period, Television Centre was conceived and built as the new headquarters for the BBC. Bold and ambitious, its design made it the largest factory for television of its kind in the world. Television Centre became the home of some of Britain's most beloved personalities and programming including Doctor Who, Only Fools & Horses, Monty Python's Flying Circus, Top of the Pops, and Blue Peter and its iconic Grade II listed circular Helios building ( the doughnut ) and atomic wall dots made it a beloved architectural and cultural icon. With its closure, Stirling Prize-winning architectural practice Allford Hall Monaghan Morris (AHMM) was asked by the project s developer, Stanhope, to masterplan the expansive West London site, to restore Television Centre's famous spaces as well as opening it up to the public for the first time in its history. Thinking Outside the Box tells the story of this reimagining: the transformation of Television Centre from a sacred site in the national psyche to a new London destination for living and working, broadcasting and entertainment. 200 illustrations

» Have you read this book? We'd like to know what you think about it - write a review about Thinking Outside the Box: Television Centre Reimagined book by Jonathan Ball and you'll earn 50c in Boomerang Bucks loyalty dollars (you must be a Boomerang Books Account Holder - it's free to sign up and there are great benefits!)


A Preview for this title is currently not available.
More Books By Jonathan Ball
View All