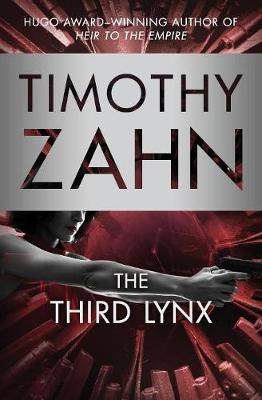 Frank Compton saved the universe once-and for that he must die. Having temporarily stalled the Modhri, a sinister alien group intelligence, in its evil schemes for universal domination, the former Western Alliance Intelligence operative just wants to relax in first class with his stunning, half-human partner, Bayta, aboard the worlds-linking intra-galactic transportation system, the Quadrail. But when their peace is disturbed by an annoying human passenger spinning wild tales of alien art objects, and the pest is discovered dead soon after, Compton and Bayta realize there can be no rest. The galaxy remains in grave danger.

Now on a mission to find ancient sculptures, relics of a long-extinct alien civilization, Compton must elude a relentless special agent who believes him to be a murderer. But that's only the tip of the iceberg, for everything ties into the Modhri's secret war against all the planets along the Quadrail lines-and the enemy's unique ability to enslave the minds of every creature it comes into contact with means an assassin could be anywhere . . . or anyone.

» Have you read this book? We'd like to know what you think about it - write a review about Third Lynx book by Timothy Zahn and you'll earn 50c in Boomerang Bucks loyalty dollars (you must be a Boomerang Books Account Holder - it's free to sign up and there are great benefits!)

Timothy Zahn is the "New York Times" bestselling and Hugo Award winning author of more than thirty original science fiction novels and dozens of short stories. "Dragon and Thief," in his young-adult Dragonback series, was named an ALA Best Book for Young Adults. He is the author of more than a half dozen Star Wars novels, including "Heir to the Empire," the bestselling Star Wars spin-off novel of all time. He lives in coastal Oregon."