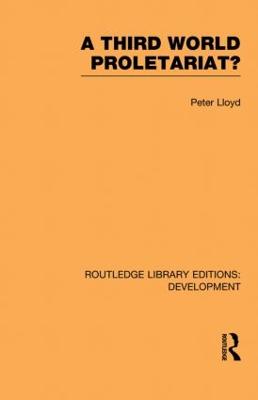 This reissue, first published in 1982, is concerned with the rapid contemporary metropolitan development in the Third World, at a time when manufacturing and public service sectors were expending at a terrific rate. Nevertheless, the phenomenal growth of the metropolitan cities brings with it an increase in social equalities, such that two thirds of the population of these cities may be described as the 'urban poor'. This book concerns itself with the question: Can we describe these urban poor as a 'proletariat', or are such Western class terms totally inappropriate to the development of the Third World?

Peter Lloyd examines the nature of Western class terminology derived largely from Marx and Weber, and assesses its utility in the analysis of Third World Urban society. An assessment is also made of the political strength of the urban poor, whether they are mobilising themselves or being mobilised from above. This reissue will be relevant to courses on Development studies and the Third World; it will also find a wider readership amongst social stratification and urban sociology.

Other Editions - A Third World Proletariat? by Peter C. Lloyd 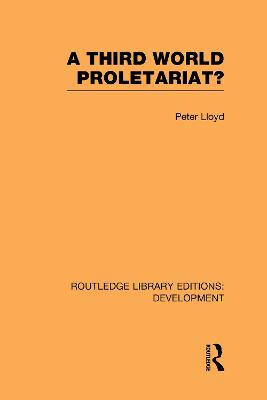 » Have you read this book? We'd like to know what you think about it - write a review about Third World Proletariat? book by Peter C. Lloyd and you'll earn 50c in Boomerang Bucks loyalty dollars (you must be a Boomerang Books Account Holder - it's free to sign up and there are great benefits!)


A Preview for this title is currently not available.
More Books By Peter C. Lloyd
View All