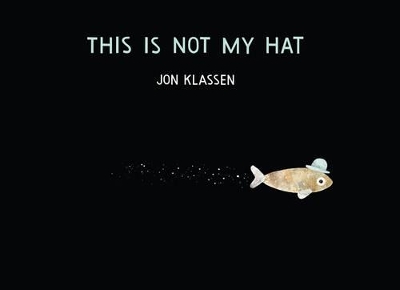 This Is Not My Hat

Description - This Is Not My Hat by Klassen Jon

From the creator of the #1 New York Times best-selling and award-winning I Want My Hat Back comes a second wry tale.

When a tiny fish shoots into view wearing a round blue topper (which happens to fit him perfectly), trouble could be following close behind. So it's a good thing that enormous fish won't wake up. And even if he does, it's not like he'll ever know what happened. . . . Visual humor swims to the fore as the best-selling Jon Klassen follows his breakout debut with another deadpan-funny tale.

Buy This Is Not My Hat by Klassen Jon from Australia's Online Independent Bookstore, Boomerang Books.

YouTube Videos - This Is Not My Hat by Klassen Jon

This Is Not My Hat, by Jon Klassen

Book Reviews - This Is Not My Hat by Klassen Jon

» Have you read this book? We'd like to know what you think about it - write a review about This Is Not My Hat book by Klassen Jon and you'll earn 50c in Boomerang Bucks loyalty dollars (you must be a Boomerang Books Account Holder - it's free to sign up and there are great benefits!)

This is Not My Hat is quite a cute little book. Not allot to this book but it's entertaining, great illustrations, a perhaps a moral to the story as a added bonus.

The story tells us a bout a little fish who is wearing a hat, however the hat does not belong to this particular fish, it belong to a much larger fish, who little fish stole it off when he was asleep.

The plot is simple and there is an interesting end, which tells us that stealing does not pay off.

Nice illustrations with plenty of fish, big and small.

Jon Klassen is the creator of the 2012 Theodor Seuss Geisel Honor Book and New York Times Book Review Best Illustrated Children's Book of the Year I Want My Hat Back. He is also the illustrator of Caroline Stutson's Cats' Night Out, winner of the prestigious Governor General's Award for Illustration. Jon Klassen has worked as an illustrator for feature animated films, music videos, and editorial pieces. Originally from Niagara Falls, Ontario, he now lives in Los Angeles, California.