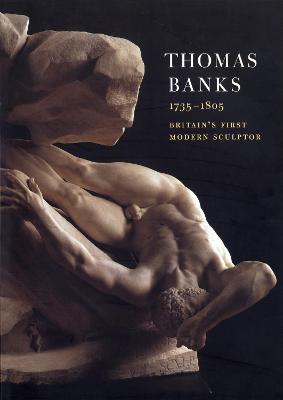 This is the only available work of reference on the British sculptor Thomas Banks; it covers his entire oeuvre, and is richly illustrated with new photographs of his remarkably accomplished sculpture. Though his sculpture is firmly classical in form, Banks was a member of the avant-garde circle in Rome around Henry Fuseli, now recognized to be an early manifestation of the Romantic movement. Indeed, his politics were as radical as those of William Blake, and he made enemies at the Royal Academy. His talent, however, and the interest and great skill of his sculptures, could not be denied. His range included 'history or ideal compositions, portraiture, including vigorous and lively busts, architectural sculpture such as the friezes of fireplaces, tombs, and memorials. This book presents Banks in the round, illustrating and discussing not only his sculptures, but also the figure of the artist himself and his reputation in a period of significant transition from the old regime to the new.

» Have you read this book? We'd like to know what you think about it - write a review about Thomas Banks (1735-1805) book by Julius Bryant and you'll earn 50c in Boomerang Bucks loyalty dollars (you must be a Boomerang Books Account Holder - it's free to sign up and there are great benefits!)

Julius Bryant is currently Keeper of the Word and Image Department at the Victoria and Albert Museum, London.

A Preview for this title is currently not available.
More Books By Julius Bryant
View All