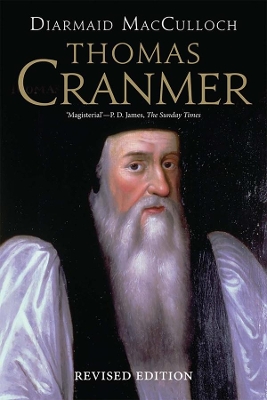 Thomas Cranmer, the architect of the Anglican Book of Common Prayer, was the archbishop of Canterbury who guided England through the early Reformation?and Henry VIII through the minefields of divorce. This is the first major biography of him for more than three decades, and the first for a century to exploit rich new manuscript sources in Britain and elsewhere.
Diarmaid MacCulloch, one of the foremost scholars of the English Reformation, traces Cranmer from his east-Midland roots through his twenty-year career as a conventionally conservative Cambridge don. He shows how Cranmer was recruited to the coterie around Henry VIII that was trying to annul the royal marriage to Catherine, and how new connections led him to embrace the evangelical faith of the European Reformation and, ultimately, to become archbishop of Canterbury. By then a major English statesman, living the life of a medieval prince-bishop, Cranmer guided the church through the king's vacillations and finalized two successive versions of the English prayer book.
MacCulloch skillfully reconstructs the crises Cranmer negotiated, from his compromising association with three of Henry's divorces, the plot by religious conservatives to oust him, and his role in the attempt to establish Lady Jane Grey as queen to the vengeance of the Catholic Mary Tudor. In jail after Mary's accession, Cranmer nearly repudiated his achievements, but he found the courage to turn the day of his death into a dramatic demonstration of his Protestant faith.
From this vivid account Cranmer emerges a more sharply focused figure than before, more conservative early in his career than admirers have allowed, more evangelical than Anglicanism would later find comfortable. A hesitant hero with a tangled life story, his imperishable legacy is his contribution in the prayer book to the shape and structure of English speech and through this to the molding of an international language and the theology it expressed.]]> 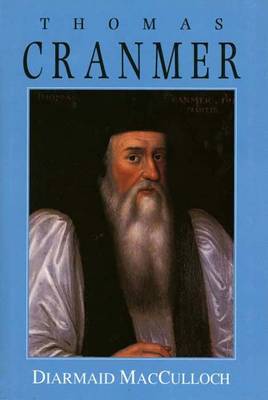 » Have you read this book? We'd like to know what you think about it - write a review about Thomas Cranmer book by Diarmaid MacCulloch and you'll earn 50c in Boomerang Bucks loyalty dollars (you must be a Boomerang Books Account Holder - it's free to sign up and there are great benefits!)

Diarmaid MacCulloch is a fellow of St. Cross College and professor of the history of the church, University of Oxford. His many books include A History of Christianity: The First Three Thousand Years.