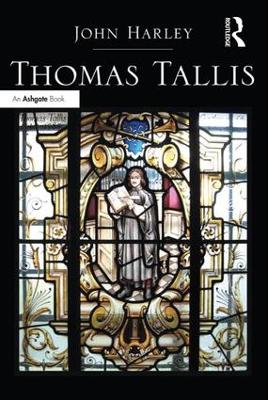 John Harley's Thomas Tallis is the first full-length book to deal comprehensively with the composer's life and works. Tallis entered the Chapel Royal in the middle of a long life, and remained there for over 40 years. During a colourful period of English history he famously served King Henry VIII and the three of Henry's children who followed him to the throne. His importance for English music during the second half of the sixteenth century is equalled only by that of his pupil, colleague and friend William Byrd. In a series of chronological chapters, Harley describes Tallis's career before and after he entered the Chapel. The fully considered biography is placed in the context of larger political and cultural changes of the period. Each monarch's reign is treated with an examination of the ways in which Tallis met its particular musical needs. Consideration is given to all of Tallis's surviving compositions, including those probably intended for patrons and amateurs beyond the court, and attention is paid to the context within which they were written. Tallis emerges as a composer whose music displays his special ability in setting words and creating ingenious musical patterns. A table places most of Tallis's compositions in a broad chronological order.

» Have you read this book? We'd like to know what you think about it - write a review about Thomas Tallis book by John Harley and you'll earn 50c in Boomerang Bucks loyalty dollars (you must be a Boomerang Books Account Holder - it's free to sign up and there are great benefits!)

A Preview for this title is currently not available.
More Books By John Harley
View All

The Old Vegetable Neurotics, Hemlock, Opium, Belladonna and Henbane, Their Physiological Action and Therapeutical Use: The Gulstonian Lects. of 1868 Extended
$94.99 $105.54

Selected Documents and Material for the Study of International Law and Relations with Introductory Chapters Special Emphasis Given International Organ
$64.87 $72.08

A History and Geography of Montgomery County, Pa., Together with County and Township Government
$39.12 $43.47