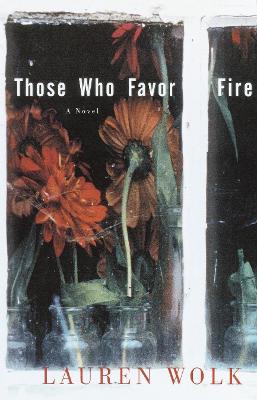 Those Who Favor Fire

Description - Those Who Favor Fire by Lauren Wolk

People feel at home in Belle Haven, and in many ways it is like any other small town, with a cafe where regulars come for the fresh cinnamon rolls and to talk about the weather, or one another, often staying all day. It's a town with the usual collection of quirky characters--the people everyone knows who, by staying in one place long enough, have become part of its landscape. But what sets Belle Haven apart is its especially strong sense of community, which is both strengthened and tested by the uncontrollable mine fire that burns below the town. Sometimes it breaks through the earth's surface to swallow somebody's garden or a garbage can, even a beloved pet, or to threaten a house.

Those Who Favor Fire is the love story of Rachel Hearn, who has lived in Belle Haven all her life, and the man everyone calls Just Joe, who has arrived only recently--and the story of their love for the town that has brought them together. But as the fire intensi-
fies, endangering Belle Haven and its people, it also threatens what Joe and Rachel have found together. Though some reluctantly consider relocating, Rachel refuses to leave the only place she's ever called home, the place that holds her richest memories. But Joe knows the danger of becoming too firmly rooted in a place. Ultimately, Rachel and Joe must decide whether to abandon their beloved town.

In her wonderful debut novel, Lauren Wolk has created a town every bit as real as the Mitford of Jan Karon's novels and populated it with characters as quirky, lively, and endearing as Fannie Flagg's.

Book Reviews - Those Who Favor Fire by Lauren Wolk

» Have you read this book? We'd like to know what you think about it - write a review about Those Who Favor Fire book by Lauren Wolk and you'll earn 50c in Boomerang Bucks loyalty dollars (you must be a Boomerang Books Account Holder - it's free to sign up and there are great benefits!)

Lauren Wolk was born in Baltimore and has since lived in California, Rhode Island, Minnesota, Canada, and Ohio. She now lives with her husband and two sons on Cape Cod, where she is at work on a second novel. After graduating from Brown University in 1981, Wolk worked as a writer for the Battered Women's Project of the St. Paul American Indian Center. She later moved to Toronto, where she was a senior editor with Nelson Canada. Since the birth of her first son, Wolk has been a freelance writer and editor. She is also a contributing editor for OWL, an award-winning children's magazine. From the Hardcover edition.

A Preview for this title is currently not available.
More Books By Lauren Wolk
View All