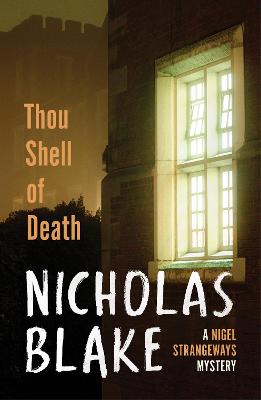 Thou Shell of Death

Description - Thou Shell of Death by Nicholas Blake

READ ALL AGATHA CHRISTIE? TRY A VINTAGE MURDER MYSTERYIn the second Nigel Strangeways murder mystery, the poet turned private detective is called in to help a legendary World War One flying ace who has been receiving death threats

Fergus O'Brien, a legendary World War One flying ace with several skeletons hidden in his closet, receives a series of mocking letters predicting that he will be murdered on Boxing Day.

Undaunted, O'Brien throws a Christmas party, inviting everyone who could be suspected of making the threats, along with private detective Nigel Strangeways. But despite Nigel's presence, the former pilot is found dead, just as predicted, and Nigel is left to aid the local police in their investigation while trying to ignore his growing attraction to one of the other guests - and suspects - explorer Georgina Cavendish.

A Nigel Strangeways murder mystery - the perfect introduction to the most charming and erudite detective in Golden Age crime fiction.

Other Editions - Thou Shell of Death by Nicholas Blake 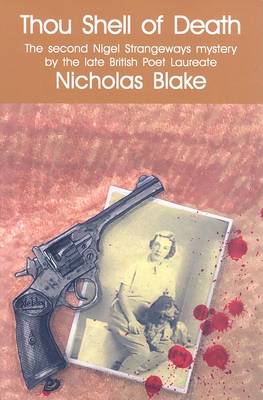 Book Reviews - Thou Shell of Death by Nicholas Blake

» Have you read this book? We'd like to know what you think about it - write a review about Thou Shell of Death book by Nicholas Blake and you'll earn 50c in Boomerang Bucks loyalty dollars (you must be a Boomerang Books Account Holder - it's free to sign up and there are great benefits!)

Nicholas Blake was the pseudonym of Poet Laureate Cecil Day-Lewis, who was born in County Laois, Ireland in 1904. After his mother died in 1906, he was brought up in London by his father, spending summer holidays with relatives in Wexford. He was educated at Sherborne School and Wadham College, Oxford, from which he graduated in 1927. Blake initially worked as a teacher to supplement his income from his poetry writing and he published his first Nigel Strangeways novel, A Question of Proof, in 1935. Blake went on to write a further nineteen crime novels, all but four of which featured Nigel Strangeways, as well as numerous poetry collections and translations. During the Second World War he worked as a publications editor in the Ministry of Information, which he used as the basis for the Ministry of Morale in Minute for Murder, and after the war he joined the publishers Chatto & Windus as an editor and director. He was appointed Poet Laureate in 1968 and died in 1972 at the home of his friend, the writer Kingsley Amis.

A Preview for this title is currently not available.
More Books By Nicholas Blake
View All