For the covert warriors of the secret organization known as The Campus, the fight against America's enemies is never over-if only because one enemy's destruction inevitably gives rise to a new, even more dangerous foe. But for Jack Ryan, Jr., and his comrades, the danger has just hit home in a way they never expected. The Campus has been discovered. And whoever knows it exists knows it can be destroyed.

Meanwhile, President Jack Ryan has been swept back into the Oval Office-and his wisdom and courage are needed more desperately than ever. Internal political and economic strife has pushed the leadership of China to the edge of disaster. And those who wish to consolidate their power are using the opportunity to strike at longdesired Taiwan and at the Americans who have protected the island nation from China's depredations.

Now, as two superpowers move ever closer to a final confrontation, President Ryan must use the only wild card he has left-The Campus. But with their existence about to be revealed, its members may not even have a chance to enter the battle before the world is consumed by war.

In Threat Vector, Tom Clancy once again proves his absolute command of military action and international intrigue with a thriller that will have listeners captivated. 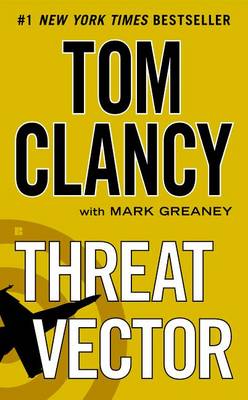 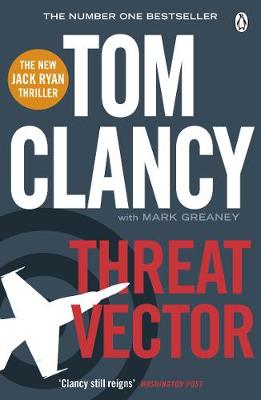 View all editions of Threat Vector by Tom Clancy

» Have you read this book? We'd like to know what you think about it - write a review about Threat Vector book by Tom Clancy and you'll earn 50c in Boomerang Bucks loyalty dollars (you must be a Boomerang Books Account Holder - it's free to sign up and there are great benefits!)