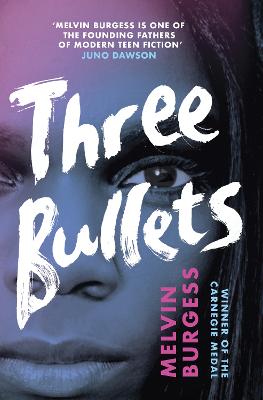 The Bloods are in control and they're desperate to turn Britain into the world they want to see: right, white, Christian supremist. Anyone who they call abnormal is a target. Amidst the chaos of civil war the country is on the move as small militia groups fight each other and a sea of refugees escapes the cities and the pursuing Bloods.

When her home is destroyed in a bombing raid, Marti must strike out on a mission of her own - to save her father and get his vital software into the right hands. But Marti is mixed race and trans and has her young brother in tow. Crossing into enemy territory could prove suicidal. Yet Marti's enemies haven't reckoned with her indomitable will to survive - and the gun she carries, which has three bullets . . .

» Have you read this book? We'd like to know what you think about it - write a review about Three Bullets book by Melvin Burgess and you'll earn 50c in Boomerang Bucks loyalty dollars (you must be a Boomerang Books Account Holder - it's free to sign up and there are great benefits!)


A Preview for this title is currently not available.
More Books By Melvin Burgess
View All