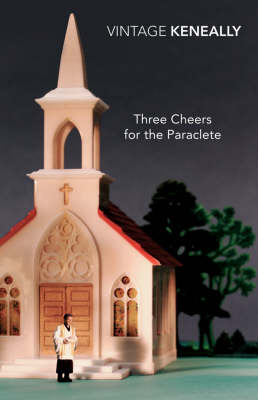 Three Cheers For The Paraclete

Description - Three Cheers For The Paraclete by Tom Keneally

Winner of the 1968 Miles Franklin Award

Winner of the 1968 Miles Franklin Award

From the moment he allows his young cousin and bride to spend the night in his room, Father Maitland causes raised eyebrows and dark mutterings amongst the brothers at St Peter's. Time and again his efforts to do the right thing for his fellow men lead him into conflict with his superiors and the immutable laws of the church - a conflict which ultimately threatens to destroy him both as a priest and as a man.

Book Reviews - Three Cheers For The Paraclete by Tom Keneally

» Have you read this book? We'd like to know what you think about it - write a review about Three Cheers For The Paraclete book by Tom Keneally and you'll earn 50c in Boomerang Bucks loyalty dollars (you must be a Boomerang Books Account Holder - it's free to sign up and there are great benefits!)