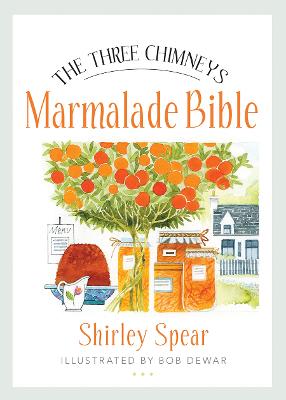 Marmalade is an iconic Scottish food, traditionally made every year in January and February when Seville oranges are available. Shirley Spear, whose multi-award-winning Three Chimneys restaurant on the Isle of Skye is a magnet for foodies, has written the ultimate guide to marmalade - not just to making it, but to using it as an ingredient all the year round in a delicious variety of dishes. The recipes here are both sweet and savoury, from Chocolate Marmalade Tart, Marmalade Ice Cream and Apple and Frangipane Tart with Marmalade Glaze, to Marmalade Sauce for Roast Duck, Glaze for Roast Gammon, use of Seville oranges in fish and shellfish dishes and Marmalade Chutney - and not forgetting the Three Chimneys' own legendary Hot Marmalade Pudding. Shirley mixes in fascinating information about how marmalade was invented, the great Scottish marmalade producers like Keiller and Robertsons, and even a link with Mary, Queen of Scots! This book will be the ideal Christmas stocking-filler for anyone interested in cooking, and an irresistible impulse-buy at any time of the year.

» Have you read this book? We'd like to know what you think about it - write a review about Three Chimneys Marmalade Bible book by Shirley Spear and you'll earn 50c in Boomerang Bucks loyalty dollars (you must be a Boomerang Books Account Holder - it's free to sign up and there are great benefits!)

Shirley Spear grew up in Edinburgh. She began a career in journalism in Dundee, later moving to London where she met her husband-to-be, Eddie Spear. Together they opened a restaurant on the Isle of Skye, The Three Chimneys, which has gone on to gain world-wide acclaim, was rated in the top 50 restaurants in the world and one of only two restaurants in Scotland to be awarded a Michelin star. Shirley and Eddie now divide their time between the Isle of Skye and a home in North Berwick, East Lothian. 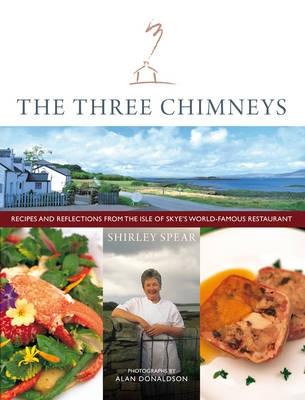