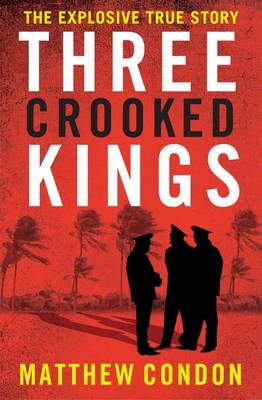 It was the genius of the system . . . From day to day you didn't know who was on the take or not. You didn't know who you could trust.' Three Crooked Kings is the shocking true story of Queensland and how a society was shaped by almost half a century of corruption. At its core is Terence Murray Lewis, deposed and jailed former police commissioner. From his entry into the force in 1949, Lewis rose through the ranks, becoming part of the so-called Rat Pack with detectives Glendon Patrick Hallahan and Tony Murphy under the guiding influence of Commissioner Frank Bischof. The next four decades make for a searing tale of cops and killings, bagmen and blackmail, and sin and sleaze that exposes a police underworld which operated from Queensland and into New South Wales. This gripping book exposes the final pieces of the puzzle, unearths new evidence on cold cases, and explores the pivotal role that whistleblower Shirley Brifman, prostitute and brothel owner, played until her sudden death. Based on extensive and unprecedented access to Terry Lewis and his personal papers, as well as hundreds of interviews with key players and conspirators, Three Crooked Kings is the first of two explosive books. Awarded journalist and novelist Matthew Condon has crafted the definitive account of an era that changed a state and is still reverberating to this day. 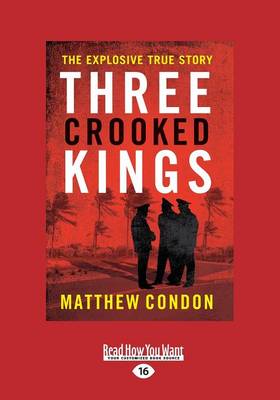 » Have you read this book? We'd like to know what you think about it - write a review about Three Crooked Kings book by Matthew Condon and you'll earn 50c in Boomerang Bucks loyalty dollars (you must be a Boomerang Books Account Holder - it's free to sign up and there are great benefits!)

Matthew Condon is the author of ten books of fiction, most recently The Trout Opera, and the non-fiction book Brisbane.