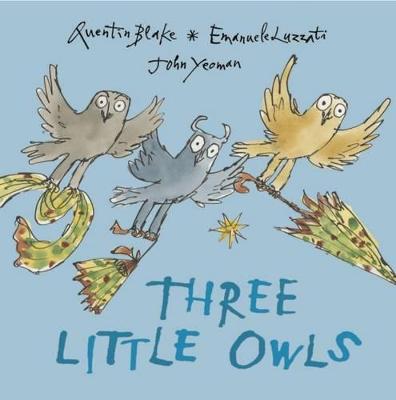 Three Little Owls is a charming rhyming story by the Italian artist Emanuele Luzzati, and presented here in an English version by John Yeoman and with gorgeous new illustrations by Quentin Blake.

Three irrepressible little owls take us on their journey round the world, from one Christmas Day to the next - fishing, dancing, snoozing, and NOT behaving.

Blake's delightful drawings combine with this fantastical poetic treat to create a story that young and old will enjoy reading again and again. 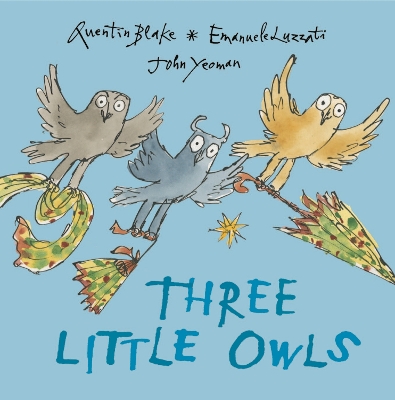 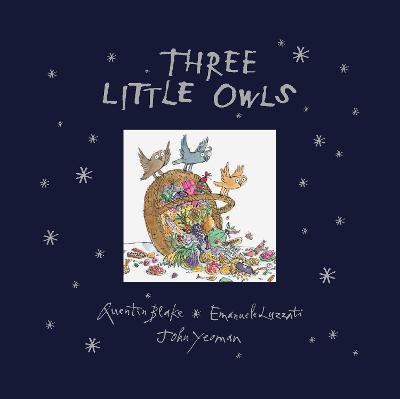 » Have you read this book? We'd like to know what you think about it - write a review about Three Little Owls book by Quentin Blake and you'll earn 50c in Boomerang Bucks loyalty dollars (you must be a Boomerang Books Account Holder - it's free to sign up and there are great benefits!)

Quentin Blake taught for many years at the Royal College of Art, where he was head of the Illustration Department from 1978 to 1986. As well as being known for his collaborations with writers such as Russell Hoban and Roald Dahl, his own creations, such as Mister Magnolia, have contributed to his reputation as one of the world's leading illustrators and an inspiration for artists everywhere. Emanuele Luzzati (1921-2007) was an Italian painter, set designer, illustrator, potter, and author. He collaborated with many celebrated film directors, and was nominated for Academy Awards for two of his short films, La gazza ladra (The Thieving Magpie) (1965) and Pulcinella (1973). John Yeoman was for many years Head of English at the French Lycee in London. His collaboration with Quentin Blake began in 1960, and has resulted in a long list of successful children's books.