Gertrude Stein, as a college student at Radcliffe and a medical student at Johns Hopkins Medical School, was a privileged woman, but she was surrounded by women who were trapped by poverty, class, and race into lives that offered little choice. Her portraits of Anna and Lena are examples of realistic depictions of immigrant women who had no occupational choice but to become domestic workers. This collection of documents from the history of women's suffrage, medical history, modernist art, and literature enables readers to see how radical Stein's subject was. 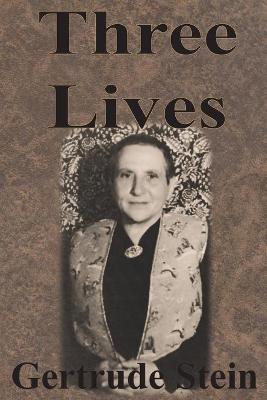 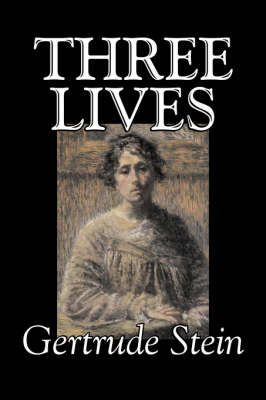 » Have you read this book? We'd like to know what you think about it - write a review about Three Lives book by Gertrude Stein and you'll earn 50c in Boomerang Bucks loyalty dollars (you must be a Boomerang Books Account Holder - it's free to sign up and there are great benefits!)

Gertrude Stein was born in Allegheny, Pennsylvania, on February 3, 1874, to an affluent Jewish family, spent her early childhood in Vienna and Paris, and later grew up in Oakland, California. At Radcliffe College she studied under William James, who remained her lifelong friend, and then went to Johns Hopkins to study medicine. Abandoning her studies, she moved to Paris with her brother Leo in 1903. At 27 rue de Fleurus, Gertrude Stein lived with Alice B. Toklas, who would remain her companion for forty years. Not only was she an innovator in literature and a supporter of modern poetry and art, she was the friend and mentor of those who visited her at her now-famous home: Pablo Picasso, Henri Matisse, Jean Cocteau, Ernest Hemingway, F. Scott Fitzgerald, Sherwood Anderson, and Guillaume Appollinaire. Her first important book was Three Lives (1909), then Tender Buttons (1914), followed by her magnum opus, The Making of Americans (1925), and the book which became a huge popular success, The Autobiography of Alice B. Toklas (1933). Just before her death at the age of 72 on July 27, 1946, she asked Alice Toklas from her hospital bed, "What is the answer?" Getting no answer, she then asked, "In that case, what is the question?" Ann Charters is the editor of The Portable Sixties Reader, The Portable Jack Kerouac, two volumes of Jack Kerouac's Selected Letters, and Beat Down to Your Soul. She teaches at the University of Connecticut.

A Preview for this title is currently not available.
More Books By Gertrude Stein
View All