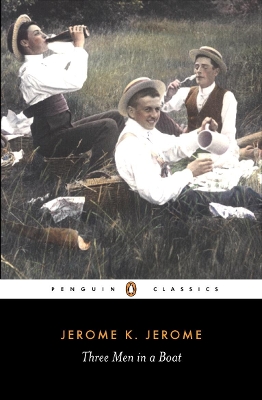 Three Men in a Boat

Description - Three Men in a Boat by Jerome K. Jerome

A comic masterpiece that has never been out of print since it was first published in 1889, Jerome K. Jerome's Three Men in a Boat includes an introduction and notes by Jeremy Lewis in Penguin Classics.Martyrs to hypochondria and general seediness, J. and his friends George and Harris decide that a jaunt up the Thames would suit them to a 'T'. But when they set off, they can hardly predict the troubles that lie ahead with tow-ropes, unreliable weather forecasts and tins of pineapple chunks - not to mention the devastation left in the wake of J.'s small fox-terrier Montmorency. Three Men in a Boat was an instant success when it appeared in 1889, and, with its benign escapism, authorial discursions and wonderful evocation of the late-Victorian 'clerking classes', it hilariously captured the spirit of its age.In his introduction, Jeremy Lewis examines Jerome K. Jerome's life and times, and the changing world of Victorian England he depicts - from the rise of a new mass-culture of tabloids and bestselling novels to crazes for daytripping and bicycling.Jerome K. Jerome (1859-1927) was born in Walstall, Staffordshire, and educated at Marylebone Grammar School. He left school at fourteen to become a railway clerk, the first in a long line of jobs that included actor, teacher and journalist. His first book, On Stage and Off, a collection of humorous pieces about the theatre, was published in 1885, and was followed the year after with the more commercially-successful The Idle Thoughts of an Idle Fellow; but it was with Three Men in a Boat (1889) that Jerome achieved lasting fame. He later went on to become one of the founders of the humorous magazine, The Idler, and continued to write articles and plays. If you enjoyed Three Men in a Boat, you might like Stella Gibbons's Cold Comfort Farm, also available in Penguin Classics.

Other Editions - Three Men in a Boat by Jerome K. Jerome 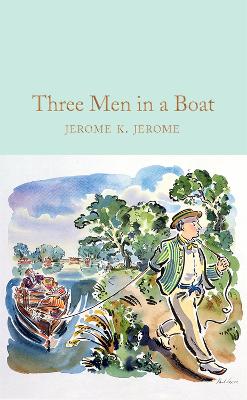 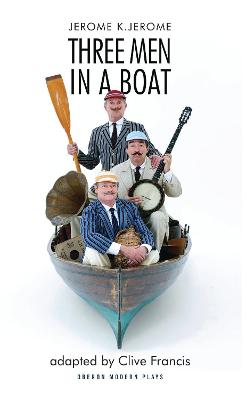 » Have you read this book? We'd like to know what you think about it - write a review about Three Men in a Boat book by Jerome K. Jerome and you'll earn 50c in Boomerang Bucks loyalty dollars (you must be a Boomerang Books Account Holder - it's free to sign up and there are great benefits!)

Jerome K Jerome (1859-1927) became an actor and published a couple of volumes of humorous pieces and light essays about the theatre. He achieved lasting fame with THREE MEN IN A BOAT. He later went on to become one of the founders of the humorous magazine, The Idler, and continued to write articles and plays. Jeremy Lewis has recently written a biography of Cyril Connolly and has edited the Raffles books.

A Preview for this title is currently not available.
More Books By Jerome K. Jerome
View All