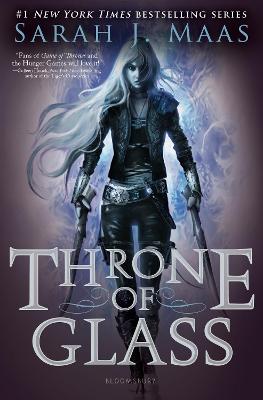 When magic has gone from the world, and a vicious king rules from his throne of glass, an assassin comes to the castle. She does not come to kill, but to win her freedom. If she can defeat twenty-three killers, thieves, and warriors in a competition to find the greatest assassin in the land, she will become the king's champion and be released from prison.

Her name is Celaena Sardothien.

The Crown Prince will provoke her. The Captain of the Guard will protect her. And a princess from a foreign land will become the one thing she never thought she'd have again: a friend. But something evil dwells in the castle-and it's there to kill. When her competitors start dying, horribly, one by one, Celaena's fight for freedom becomes a fight for survival, and a desperate quest to root out the source of the evil before it destroys her world.

Other Editions - Throne of Glass by Sarah J. Maas 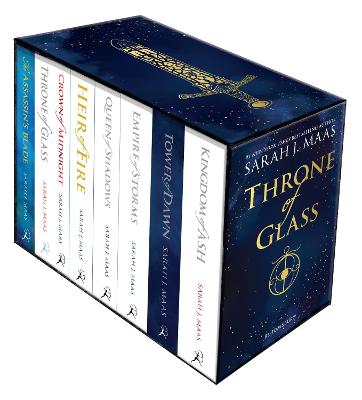 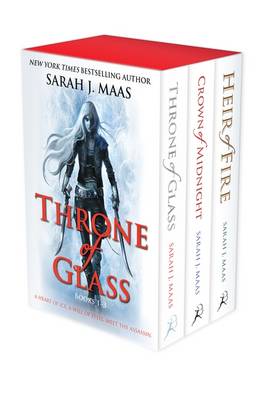 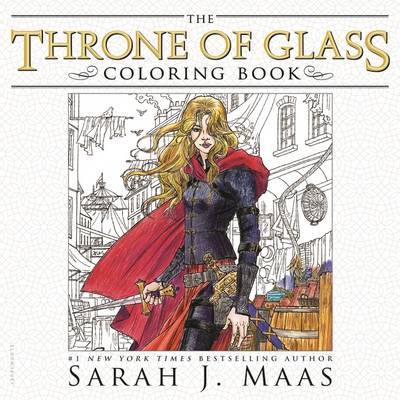 » Have you read this book? We'd like to know what you think about it - write a review about Throne of Glass book by Sarah J. Maas and you'll earn 50c in Boomerang Bucks loyalty dollars (you must be a Boomerang Books Account Holder - it's free to sign up and there are great benefits!)

I read this freaking book in one sitting, for a straight 8 hours, when I should be revising for my end-of-the-semester tests! I’m crazy!

Alright, over with the mindless ramble. Let’s get on to the review for Throne of Glass!

At first I didn’t really like the author’s writing style because it was somewhat strange and clipped, but I started to adapt to it after a few chapters. Initially, Celaena Sardothien did not appeal to me as the most-feared assassin, because everything was all talk and no show.

The first few chapters were a little boring because pretty much nothing happened except for the initial “ice-breaking sessions”. However, as the story progresses, I found out that Celaena is much more than meets the eye. Her inner strength, resilience and sharp wits are among the characteristics which I found deeply inspiring, especially after what she has gone through in her life. Adarlan’s Assassin is a soubriquet most fitted for her.

Prince Dorian. I did not have good feelings for this man although he was portrayed as a handsome, debonair heir of the throne mainly because 1) he is a womanizer and 2) his reckless and devil-may-care attitude irks me. His growing relationship with Calaena slowly brings out a different side of him: a soft soul, a man who hates war and destruction and a boy wanting to change his father’s bloodlust ways of conquering foreign nations. And so, I slowly came to understand him and the motives behind his self-indulgence. I quite enjoyed his banter with Calaena, although I’m still not in love with him.

Chaol, on the other hand, is someone who always stands quietly by Celaena’s side, offering her friendship and guidance. He obviously has some buried feelings for Calaena, but he fears that he might lose his heart to the most notorious killer in the country. Or risk his friendship with Prince Dorian, who has a growing affection towards the girl as well. I might say that he may be a little too dull for my liking, even though he has displayed his courage and loyalty towards those he cared.

Overall, Throne of Glass is an accomplished debut novel; it has action, drama, plot twisters and the unforgettable element of romance. Put it simply, this is a book that teens would immensely enjoy. Fans of Maria V. Snyder and Cassandra Clare, I would heartily recommend you to pick up a copy of Throne of Glass!

SARAH J. MAAS is the New York Times bestselling author of Crown of Midnight, the sequel to Throne of Glass. Sarah, a New York native, currently lives in the California desert. Visit her online at www.sarahjmaas.com Facebook: facebook.com/throneofglass Twitter: @SJMaas