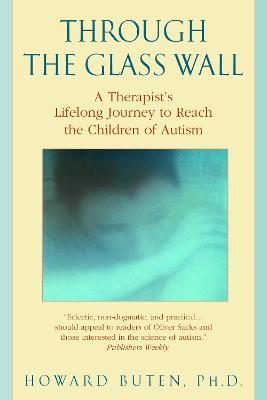 Through The Glass Wall

Description - Through The Glass Wall by Howard Buten

A remarkable testament of hope and love, these pages recount Howard Buten's lifelong journey working with autistic children. For three decades his pioneering, often controversial approaches have enabled him to gain access to their strange and
solitary universe--a universe he shares in a book that is unlike any you've ever read.

From his first unforgettable encounter with a wild, clawing human hurricane in the form of a little boy named Adam S., clinical psychologist Howard Buten has sought ways into the seemingly closed world of the autistic child. Whether he's done this by
letting himself be pummeled, scratched, and bitten, or by imitating the child's behaviors, or by feeling himself into what the child must be feeling, he has often been
rewarded. With extraordinary insight and in ways that are powerfully moving, he brings to life as never before the innermost selves of these children.

Among those you'll meet in the clinic he founded in Paris are Lise, whose seemingly random movements are as expressive as a dancer's; Florian, who can instantly tell
you on which day of the week your birthday falls for any year, past or future; Martin, whose nonstop speech echoes the angry voices he has heard all around him, but who is impervious to the emotions they contain; and Hakim, a child so lost and so violent, no other institution will take him.

Writing with a scientist's clarity and a humanist's heart, Buten conveys the reality of autism with passion, ruthlessness, humor, wisdom--and love. This is a book both heartbreaking and hopeful, and when he succeeds in breaching the invisible wall of aloneness that seems to separate the autistic from the rest of us, we cheer.

Book Reviews - Through The Glass Wall by Howard Buten

» Have you read this book? We'd like to know what you think about it - write a review about Through The Glass Wall book by Howard Buten and you'll earn 50c in Boomerang Bucks loyalty dollars (you must be a Boomerang Books Account Holder - it's free to sign up and there are great benefits!)

Howard Buten, Ph.D., is the founding director of the Adam Shelton Center in Paris, and divides his time between Paris and New York. He also practices two other professions: as a performing artist in Europe, he is the theatrical clown-mime Buffo, and he is the author of seven novels published in France. His first novel, Burt, was also published in the United States in 1981, and was republished here in 2000 asWhen I Was Five I Killed Myself. From the Hardcover edition. 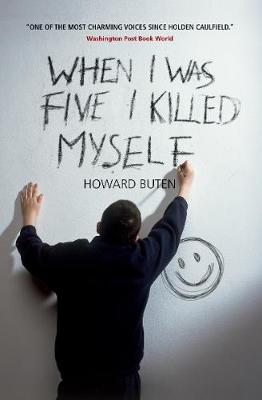 When I Was Five I Killed Myself
Paperback, January 2002