Friedrich Nietzsche's most accessible and influential philosophical work, misquoted, misrepresented, brilliantly original and enormously influential, Thus Spoke Zarathustra is translated from the German by R.J. Hollingdale in Penguin Classics.
Nietzsche was one of the most revolutionary and subversive thinkers in Western philosophy, and Thus Spoke Zarathustra remains his most famous and influential work. It describes how the ancient Persian prophet Zarathustra descends from his solitude in the mountains to tell the world that God is dead and that the Superman, the human embodiment of divinity, is his successor. Nietzsche's utterance 'God is dead', his insistence that the meaning of life is to be found in purely human terms, and his doctrine of the Superman and the will to power were all later seized upon and unrecognisably twisted by, among others, Nazi intellectuals. With blazing intensity and poetic brilliance, Nietzsche argues that the meaning of existence is not to be found in religious pieties or meek submission to authority, but in an all-powerful life force- passionate, chaotic and free.
Frederich Nietzsche (1844-1900) became the chair of classical philology at Basel University at the age of 24 until his bad health forced him to retire in 1879. He divorced himself from society until his final collapse in 1899 when he became insane. A powerfully original thinker, Nietzsche's influence on subsequent writers, such as George Bernard Shaw, D.H. Lawrence, Thomas Mann and Jean-Paul Sartre, was considerable.
If you enjoyed Thus Spoke Zarathustra you might like Nietzsche's Beyond Good and Evil, also available in Penguin Classics.
'Enigmatic, vatic, emphatic, passionate, often breathtakingly insightful, his works together make a unique statement in the literature of European ideas'
A. C. Grayling 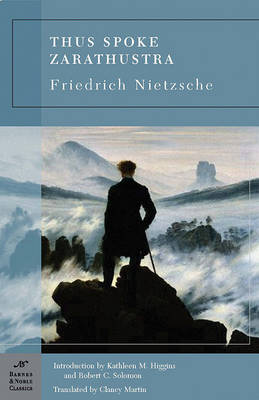 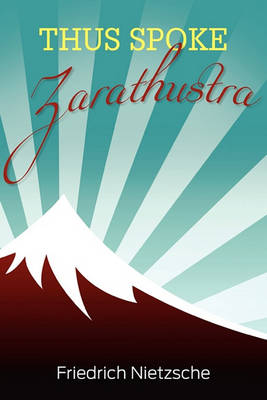 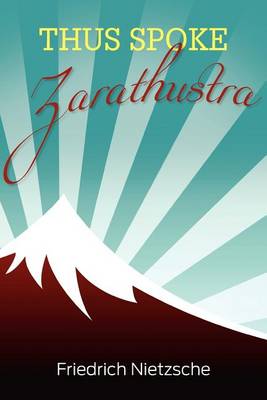 » Have you read this book? We'd like to know what you think about it - write a review about Thus Spoke Zarathustra book by Friedrich Nietzsche and you'll earn 50c in Boomerang Bucks loyalty dollars (you must be a Boomerang Books Account Holder - it's free to sign up and there are great benefits!)